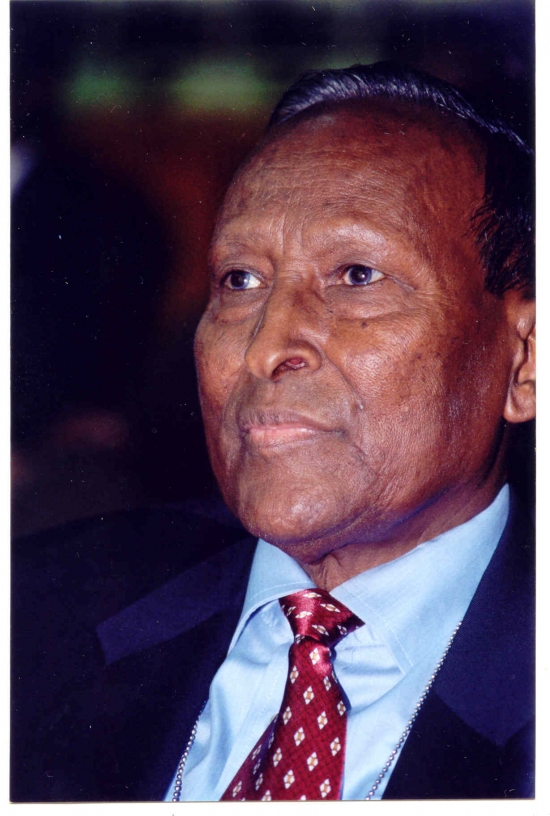 By Zachary Ochieng
Despite the relocation of the embattled Somali Transitional Federal Government (TFG)—formed in exile in Nairobi in December 2004— to the capital, Mogadishu, last month, peace still remains elusive. According to the United Nations, more than 50,000 people have fled Mogadishu in the past two weeks. A renewed fighting in the city has led to the death of 400 people and serious injuries to 900 over the same period of time. The African Union (AU) promised to send 8000 peacekeeping troops to restore order in Somalia but this has not been honoured. Only a contingent of 1700 troops from Uganda has arrived and is already suffering heavy casualties due to attacks from Islamic forces opposed to their occupation.
Even though the flagging TFG has called for a reconciliation conference to be held on April 16, doubts are already being cast about its success, given that the International Somali Contact Group—which brings together diplomats from the United States, Kenya, Sweden, Norway, Tanzania, the European Union and the Arab League—has yet to commit funds for the conference. Besides, President Abdullahi Yusuf cannot even convince some of his detractors within the TFG to attend the conference. His list of attendees is also being criticized as it mainly favours members from former dictator Siad Barre’s Hawiye clan, which is opposed to the TFG.
That peace has continued to elude TFG cannot be gainsaid. When in June 2005, the Somalia government finally left Nairobi where it had been in exile after its formation, the international community thought it would be the right time to start reconstruction in the lawless state. But the real challenge had just begun. Insecurity in Mogadishu and Jowhar, where the government initially established base, remained and continues to be a thorny issue.
Signs that all was not well emerged on 13 June 2005 when President Abdullahi Yusuf’s plane failed to land in the provincial town of Jowhar, 90km north of Mogadishu. Instead, the presidential plane landed in Djibouti, rendering Yusuf’s return a homecoming that never was. Whereas the official explanation given was that the plane could not land in Jowhar due to poor visibility, keen observers averred that Djibouti and Jowhar are on the same time zone. What later came out clearly was that Yusuf’s security could not be guaranteed in Jowhar. From Djibouti, he proceeded to Yemen for talks with his embattled parliamentary speaker. Upon his return from Yemen, Yusuf landed in the northern port of Bossaso. The government later relocated to the southern city of Baidoa, where it has been operating from until last month, when it finally moved to Mogadishu.
The relocation to Mogadishu came barely three months after the Ethiopian-backed TFG forces routed out the Islamic Courts Union (ICU) from the city. The government also plans to restore security in the city following a pledge by the African Union to send 8,000 peacekeeping troops to replace the Ethiopian forces. However, security will still not be guaranteed, as the Islamists are opposed to foreign troops occupying the Somali soil.
As it were, the problem of insecurity remains a major challenge to the nascent Somali government. Animosity is still rife among the former warlords, who now sit together as MPs. Then there is the challenge of disarming militias, who are currently mounting illegal roadblocks in Mogadishu. The issue of insecurity first reared its ugly head in December 2004, when gunmen attacked Yusuf’s Nairobi residence resulting in a shootout with Kenyan security personnel who were on guard duty. In May 2005, Prime Minister Mohammed Ghedi narrowly escaped a grenade attack in a Mogadishu stadium. A second attempt was made on his life in November the same year, during his second visit to Mogadishu. A land mine tore through his convoy, killing his six bodyguards. Though he escaped unscathed, he was clearly shaken. Last year, President Yusuf also had an attempt on his life, in which his bodyguards were killed.
But while insecurity remains a major threat to Mogadishu, the issue of peacekeeping troops proposed by the Inter-Governmental Authority on Development [IGAD] and endorsed by the African Union still stirs controversy. Notably, some Somali leaders rejected troops from the IGAD frontline states of Ethiopia, Djibouti and Kenya. With only Sudan and Uganda allowed to contribute peacekeeping troops, with a few coming from Nigeria, it remains to be seen whether Yusuf’s target of 20000 troops will be met.
The horn of Africa country of 11 million people disintegrated into anarchy after former dictator Mohammed Siad Barre was toppled in 1991, leaving Somalia without a central government. Somalia is now made up of two self-declared enclaves in the north and a patchwork of quarrelling clan fiefdoms in the south. Peace negotiations under the auspices of IGAD, a regional body, which groups the Eastern and Horn of Africa nations, culminated in the election of a president and the installation of a parliament in December 2004.
Filed under: World
Share Tweet Pin G Plus Email
previous article: The story of place: Discovery Roman Bathhouse Changes Understandings of Nazareth’s History
next article: How to Shine in A Crowded Job Market