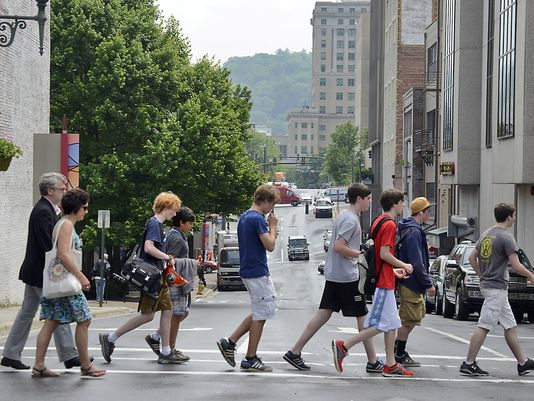 We’ve all been taught from the time we were small to look both ways before crossing the street, but that simple action won’t always save your life. A recent study revealed that pedestrian deaths increased exponentially in 2015. The study showed a 10 percent increase from previous years, which is shocking and unacceptable. Pedestrian fatality is a rising problem, accounting for 15 percent of all traffic deaths.

“This is really sobering news,” said Richard Retting, co-author of the report. “Pedestrian safety is clearly a growing problem across the country.”

The information collected is based off of the first half of 2015, and the second half is currently being analyzed to provide a more accurate depiction of fatality rates throughout the year. Predictive analytics and preliminary findings, however, show that the 10 percent increase is consistent with the second half of the year’s results.

This makes for the largest increase in pedestrian fatalities since 1975, which was when the current federal regulations and recording system for pedestrian safety were put in place. What’s causing the sudden spike in fatalities?

There are many scenarios that may contribute to this sudden increase in deaths. Some are attributing it to a recent upsurge in temperatures. 2015 was classified as the warmest year on record, which increased the number of people who chose to walk instead of drive.

Research has also indicated that intoxication of both drivers and pedestrians has become a problem. Though a drunk driver puts other people at high risk, drunken pedestrians put themselves at risk.

The Amalgamated Transit Union argues that new designs in buses and other large commercial vehicles also put pedestrians in danger. These new designs are meant to increase efficiency of the vehicles, but poorly designed windshields and mirrors increase blind spots for the drivers, which jeopardizes the safety of all pedestrians in intersections.

“Until the industry demands a change in the design of buses to remove the unnecessary blind spots like European buses, people will continue to die in these preventable accidents,” said Larry Hanley, president of the union.

However, the most likely cause of pedestrian deaths in 2015 is distracted driving. The rise of cell phone use, including talking, texting, and Internet usage, has caused a significant increase in accidents, many of which involve pedestrians.

Some areas in the United States were more prone to pedestrian accidents than others, according to the report. Most of the time, the fatalities occurred at night at non-intersections in highly populated areas. Forty-two percent of all pedestrian deaths in 2015 occurred in the states of California, Florida, Texas, and New York.

It’s also important to consider fatality rate per 100,000 people, which made New Mexico, Florida, Delaware, Nevada, Louisiana, South Carolina, and Arizona the most guilty states in the nation.

How the Law Is Handling the Surge

Efforts are, of course, being taken to reduce the number of pedestrian accidents. Recommendations for improvements include adjusting road engineering to make roads more pedestrian-friendly. Walking overpasses, refuge islands, improved lighting, and high-visibility crosswalks have all been discussed.

Union workers at the Amalgamated Transit Union are also calling for improved design of buses to increase their visibility. When buses and other large vehicles progress in their designs, it’ll be easier for them to see pedestrians and to avoid horrible accidents.

States are looking to pass laws to protect pedestrians by enforcing heavy fines for jaywalking, using cell-phones while in crosswalks, and biking on undesignated pathways. These regulations are being put in place for the safety of walkers who might otherwise put themselves in preventable, dangerous situations.

Finally, federal and state legislatures are looking to increase fines and punishments for using cell-phones while driving. Cutting down on distracted driving is one of the best things that states can do to prevent pedestrian deaths.