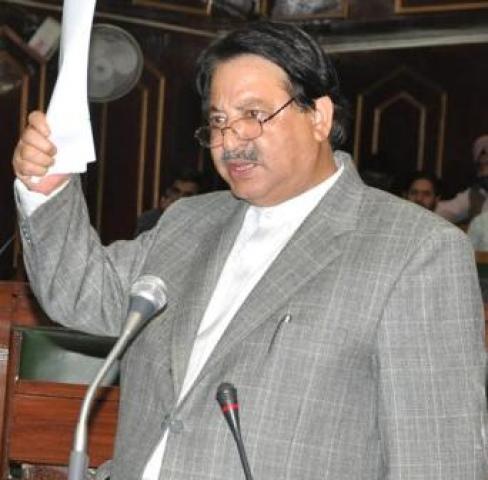 , March 23 (Scoop News) –    Exhorting scholars to unravel the richness of great Kashmiri ethos, Education Minister Peerzada Mohammed Sayeed today said that Kashmiriyat is a strong weapon to fight hatred and bringing about peace and harmony in the state that has undergone a traumatic phase of violence during the past two decades.

Speaking at the Mahurat of a Kashmiri tele-serial here this morning, the Minister said that Kashmiriyat has withstood the test of times and emerged as a ray of hope during horrendous times when suspicion and hatred overtook sanity and amity.

To be telecasted by DD Kashir, the serial entitled “Kyuth Yi DU REYAR” and produced by Sunil Koul has focussed on the ways and significance of promoting high values of love, peace and brotherhood among different sections of the society.

Peerzada lauded the valour of the people especially Kashmiri Pandit community in maintaining high traditions of Kashmiriyat even when attempts were made to trample its ethos by creating wedge between various sections of the society. He praised the high degree of resilience shown by the people during the past over 21 years notwithstanding the fact that a sizable section of the populace had to leave their homes and hearths.

“Time has shown that the people of various faiths living in the valley from times immemorial are integral to each other and no amount of disinformation or discord can separate them”, the Minister said in an obvious reference to the strong cultural bonds between Muslims and Kashmiri Pandits.

Peerzada hoped that intellectuals can play a vital role in further strengthening these bonds, particularly among youths, who have grown up in an atmosphere that witnessed pain and agony alone. He described films as a powerful medium in disseminating the message of love, compassion, harmony and peace that continue to remain the corner stone of Kashmiriyat.

Referring to the tele-serial, the Minister regretted that the turmoil had taken high toll of projecting the beautiful locale of the mesmerizing valley which used to be gurantee for the success of any Bollywood movie during 60s, 70s and even 80s. The situation in the valley made the Mumbai producers to look for alternate locales outside the country. “Even the Kashmiri tele-serial producers were made to shoot Kashmir in Pir Panjal ranges or Himachal Pradesh”, he observed and hoped that the day is not far when will again emerge as the number one destination for film-makers of Mumbai and elsewhere in the work. “This will certainly have a good impact on the economy of the state”, he added.

Dwelling on the pluralistic ethos of the valley, the Minister called for focused research and projection of varied aspects of , its history, culture, sociology, and its great contribution to strengthening peace in the region.