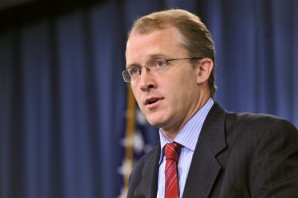 An independent news investigation reveals evidence the military may be “keeping quite” about stolen weapons from the Department of Defense.

“Several rifles have been reported stolen from an Indiana military unit, but the Call 6 Investigators find the Pentagon and other federal agencies keeping quiet about how big the problem of stolen weapons may be for military units nationwide.

Three rifles stolen from the Indiana National Guard are now listed on anationwide database of stolen and missing guns maintained by federal law enforcement agencies. But a Bureau of Alcohol Tobacco and Firearms (ATF) spokesman in Washington told the Call 6 Investigators that database contains no breakdown of how many military weapons are now being sought by law enforcement overall.

The latest figures from the ATF stolen and missing gun database show 4,774 guns reported lost or stolen in Indiana in 2012, but agents in Washington said they have no idea if any of those weapons were stolen from military units or personnel” (Source: Call 6 Investigators find few tracking stolen military guns. Read more here: http://www.theindychannel.com/news/call-6-investigators/call-6-investigators-find-few-tracking-stolen-military-guns).

We contacted the Pentagon press office who stated “we have no comment on that situation” in regard to how many and the types of  stolen or missing weapons being reported from military units and sites around the nation.

Besides weapons other sensitive military items have gone missing from military bases including night vision goggles and grenade simulators and military grade explosives.