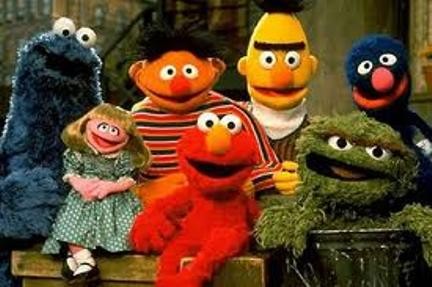 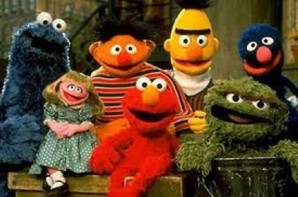 Sesame Street used as a tool to help drive detainees at Guantanamo nuts according to a Pentagon insider. Many were driven to “tears” after being forced to wear headphones which played Sesame Street music in a continuous loop for days on end.

The Pentagon is a very strange organization as any insider can tell you.

They do a lot of strange and seemingly bizarre things, especially when it comes to torturing people.

So when it was disclosed that top level officials at the Pentagon spent thousands of dollars to study the best way to torture people, and make them break emotionally and psychologically nobody was really surprised.

What did shock the heck out of people is the bizarre ideas the officials and Pentagon psychologists devised. One of the strangest involved blaring Sesame Street music at prisoners non-stop 24 hours a day!

At Guantanamo Bay the Pentagon apparently forced detainees to wear headphones playing music from Sesame Street on a continuous loop for days on end in an attempt to drive them nuts!

“The doctors and psychologists who work for the Pentagon are a bunch of sick puppies”, said one Pentagon insider, a career military officer, who declined to be named in this report out of fear of being persecuted for telling the truth about what they do. “In my personal opinion they all in need of serious psychological testing themselves. I would not trust them as far as I could throw them…”, he said.

The reports of the Pentagon using Bert and Ernie Sesame Street music to torture people have been reported in the so called “main stream” press – but they were always unconfirmed as far as I was concerned until I asked my source inside the Pentagon who admitted it was true. It was all part of program to use music to influence behavior, started under the Bush Administration.

I said “you have got to be kidding me?”

He wasn’t and shared a Department of Defense memo which seemed to confirm the reports.

Sesame Street is an American children’s television series created by Joan Ganz Cooney and Lloyd Morrisett in 1969. The program is known for its educational content, and creativity communicated through the use of Jim Henson’s Muppets, animation, short films, humor, and cultural references.

As of 2001, there were over 1,000 research studies regarding Sesame Street’s efficacy, impact, and effect on American culture and young viewers especially. Sesame Street airs in more than 150 countries. In Pakistan Sesame Street is used to promote social tolerance and equal rights of girl in Muslim culture. It is rumored to be partly funded by the military and US State Department to help teach children western values, however both the Pentagon and State Department deny this.

After much digging it turns out the “United States Agency for International Development” has committed $10 million dollars in taxpayer cash to the four-year project, which it hopes will provide basic literacy and numeracy skills and teach lessons in tolerance and mutual respect.

Sesame Street is something that various militant Muslim groups in Pakistan and Saudi Arabia have criticized and termed as “American subversion”.

The source said one of the video the Pentagon specifically chose was called “What we are anthem” (see:http://www.youtube.com/watch?v=FDWFT3VzOhw ) .

Another Sesame Street song used by the military to torture people at Guantanamo Bay, Cuba was called: Here for You Song http://www.youtube.com/watch?v=nSDd9OkOE5g&feature=relmfu

Officially the Pentagon denies it tortures people with Sesame Street music and refuses to comment on this story.

The White House also declined an opportunity to comment on this story, saying “it is not the policy of the United States to torture people.”

Filed under: Military, News
Share Tweet Pin G Plus Email
previous article: How to survive a nuclear bomb attack!
next article: Date Websites For People Who Have Sexually Transmitted Diseases (STDs) And Want To Connect With Others With The Same STD’s