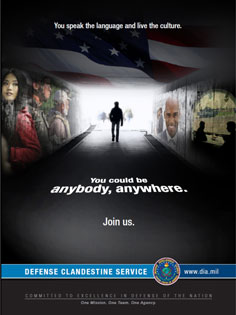 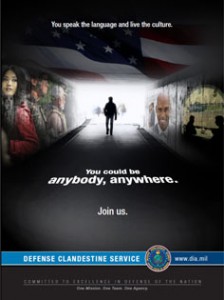 Buried deep in a 2013 Senate Intelligence Committee report are details pertaining to the newest, most secretive spy agency in the United States, perhaps the entire world.

I refer to the “Defense Clandestine Service” (DCS).

Needless to say trying to find information regarding this budding new , super secret spy service within the Defense Department is extremely difficult, especially where it concerns potential problem areas.

In this case the indications are suggestive of problems in regard to the effective review and implemenation of the reorganization of agency itself.  Which is very ususal.

What follows is a portion of that Senate report’s finding:

The Committee reviewed the DIA’s plans for both the DCS and its reorganization, and found they lacked details necessary for effective review and implmentation. As a result the Committee included a promise in the Intelligence Authorization Act for fiscal year 2013 requesting a more detailed plan from the DIA on how it plans to implement its DCS initative and rorganization. This review continuing into the new Congress” (source: Section 12, Defense Clandestine Service and Defense Intelligence Agency Vision 2020, Senate Select Intelligence Committee report 113-007 http://thomas.loc.gov).