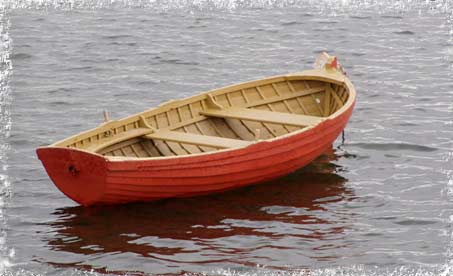 The Dainik Bhaskar group of newspapers is running an interesting advertising campaign titled "zid karo –duniya badlo" – persist and change the world. The campaign provides illustrations about how Indians have typically taken the path of least resistance in life – if you encounter a road that has been dug up, you take a different road… if eve teasing is prevalent, and you simply tell your daughter, sister, wife – whoever – to simply stay at home. Instead of trying to deal with the issue at hand…. The simpler thing of course is to simply evade the problem and seek out a short term solution.

Most of us I guess are busy getting on with our lives…. We are busy doing so many things that we have no time to get involved … and that is the honest truth. But equally true is the fact that in any society there are several competing voices clamoring for attention and each voice has its logic and rationale trying to justify why they alone should be heard and none other.

Change is only going to happen only when sufficient numbers of people join hands to draw attention to a mistake or an injustice or indifference on part of the state or others in authority. Some people may call it advocacy, some may call it lobbying. Further, some may be professionals whose job it is to draw attention to matters which are hitherto invisible like the media or it could be the ordinary citizen.

Because social change is slow in coming, most of us give up along the way. We live in a world where most of us are taught to expect rapid results or examine our methods. Persistence nor patience is not in our vocabulary. But as the Dainik Bhaskar campaign reminds us, perseverance is the key. "Zid karo aur karte raho ta key ek din duniya sunne ke liye majboor ho jaye" advises the narrator very wisely.

"Will I make a difference" is one question that we often ask as we mentally prioritize our day and push any thing that will not contribute to our career and the pursuit of creature comforts and carry on with life leaving the space of vocalizing demand and expressing concerns to fanatics of various shades- religious and other.

"Will I get the credit" is the other question that we ask and because most often the answer is no, we give up and get on with our life. Persistence is not an easy option at the best of times and the fact that often there are no tangible rewards to the time and energy expended is a good reason to opt out. But if there is one place where that well known quote that "there is no limit to the amount of good you can do if you don’t care who gets the credit" it is here – in the battle to make change happen, reform happen, behaviors change , obscurantist practices disappear and many other changes that are needed in our society.

Far too many things we leave to our leadership to act on – be it the political leadership or any other. But even the best of leaders will only act on the voices, demands and representations that are made to them. their opinions , views and decisions will be largely shaped by the many things they see and hear – some tangible, but largely intangible.

Silent whispers begin in the mind of one man or woman. That whisper over time can be magnified into a voice that cannot be easily ignored. A whisper can become a cry…a yell… a demand that cannot be easily put aside. Some times many whispers coalesce into one amplified note. But shaping and reforming of world views is not the matter of a day or even months… it can and usually takes years and that journey is filled with disillusionment, discouragement and jeering and criticism from those whose world views are being threatened. But as the Dainik Bhaskar advertisement reminds us, zid – that dogged perseverance and persistence that simply will not be cowed down is the way to go. If you want to change world views, opinions, thoughts, policies, laws. There is only one sustainable way – Persevere. "Zid karo aur duniya badlo…."