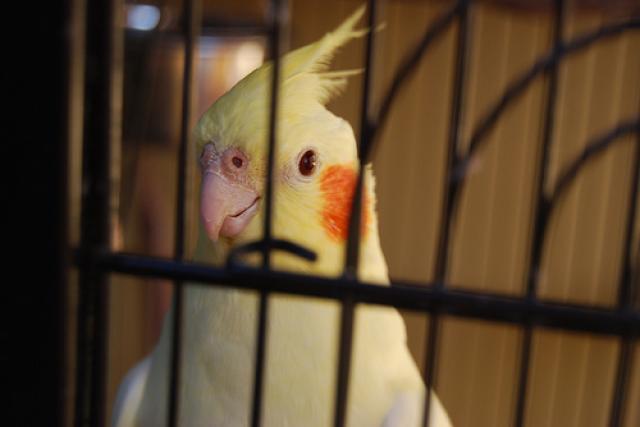 Posted by Josh Katz to FindingDulcinea

After a man died and his daughter fell into a coma, their family is suing PetSmart for selling them the cockatiel that allegedly caused the illnesses.

Amanda De La Garza says she contracted the bacterial infection psittacosis, also known as “parrot fever,” from a cockatiel she bought at a Corpus Christi, Texas PetSmart. Her 63-year-old father, who was living with her, reportedly died from the disease 16 days after bringing the bird home.

But PetSmart, a national pet supply chain, says De La Garza signed a contract when she purchased the bird, freeing the company of any liability. PetSmart also states that, “all cockatiels receive a 14-day course of antibiotics and then a seven-day isolation period to protect people against psittacosis,” according to ABC News.

The disease is very rare in humans, with only up to 25 cases reported annually, according to Dr. James Imperato at CUNY Medical Center.

This is the second lawsuit in less than three months that accuses PetSmart of selling diseased animals that may have led to human deaths. Nancy Magee sued PetSmart in April 2008, in a case involving a hamster. A man who bought a hamster from a Rhode Island PetSmart reportedly contracted the lymphocytic choriomeningitis virus (LCMV) from the animal, and then donated his liver to Magee’s husband, who died from the transplant.

BirdChannel.com urges bird owners not to panic about the recent case of psittacosis or give away their pets, as the illness is rare and treatable for both humans and birds.

Other pet scares have come and gone throughout the years. In the late 1990s and early 2000s, some pet owners became worried about the dangers of owning reptiles. Cases surfaced involving iguana and turtle owners stricken with Salmonella infections.