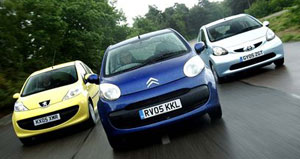 French automaker PSA Peugeot Citroen has not been present in the U.S. market for 25 years now, withdrawing in the early 1990s after struggling to gain a larger share for some time. A couple of months ago, the company hinted that it plans to return to the U.S., in an effort to become a more significant player in the global automotive scene.

Now, various media reports state that PSA has devised a concrete plan for its U.S. comeback, which will center around new mobility services, in addition to car sales.

PSA, which is the parent company of the Citroen and Peugeot brands, along with Citroen’s premium sub-brand DS, has introduced its six-year initiative called “Push to Pass”, which is supposed to help the auto group increase revenues and gain more popularity outside Europe, where it’s one of the leading brands. It is the second-largest manufacturer in Europe, but it’s fairly unrecognizable around the world, and it’s looking to change that.

The growth plan was announced by the group’s chief executive officer Carlos Tavares, who stated that PSA must expand globally in order to avoid a possible downfall in case of economic crisis in certain regions.

“Based on our financial reconstruction, we will launch a global product and technology offensive. Now more agile, we are ready to shift paradigms by anticipating changes in car usage patterns. Our digital transformation will make the PSA Group a company connected to its customers. With “Push to Pass”, we will ensure PSA profitable organic growth,” said Tavares.

Taking on Uber and Zipcar First, and Selling Cars Later

The Push to Pass strategy will be realized in several stages. First, PSA plans to launch a ride-sharing service that will be similar to Uber. The company will probably collaborate with Bollore, a French industrial group that operates the Autolib’ electric-car sharing service in Paris and a few more cities across France. The automaker will lease vehicles to U.S. drivers to pick up fares through a ride-hailing app.

Then, if that plan turns out to be successful, Peugeot Citroen will start a car-sharing service on its own, with analysts speculating that it would resemble Zipcar’s business model.

Finally, PSA intends to start selling cars in America once again, after hopefully having managed to popularize Peugeot and Citroen brands in the world’s second-largest car market. However, the company will wait until at least 2020 to see whether U.S. sales would be a viable move for it.

By all means, PSA’s strategy is quite ambitious and it will face a lot of challenges as it tries to establish a presence in the U.S. market, but it has now taken the first step towards a return in North America, which seems to be inevitable at the moment if the company wants to ensure a sustainable growth in the long term.