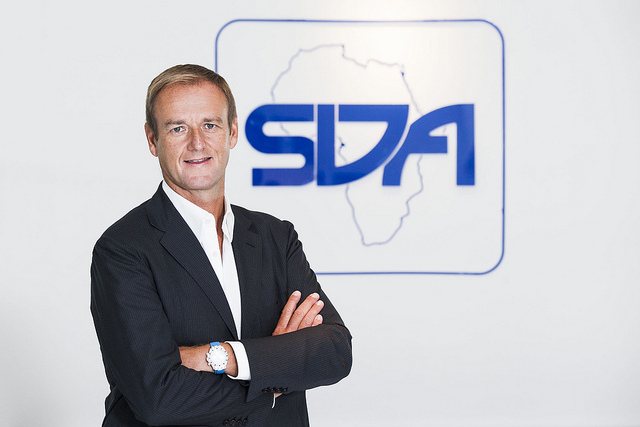 Philippe de Moerloose is a Belgian businessman and the CEO of Consortium SDA-SDAI, a group that specializes in automobile distribution and is a top provider of agricultural machinery in Africa. Along with CBA Trading and SDIAG, SDA-SDAI’s affiliates are heavily involved in the distribution of vehicles, Philippe de Moerloose seeks to advance the dynamic process of mechanization of African agriculture. SDIAG, the official John Deere distributor for DRC, Rwanda and Burundi, cooperated with the Agricultural Mechanization Initiative issued by Kinshasa’s government which de Moerloose not only supports, but also wants to expand to bring African agriculture into the next era. 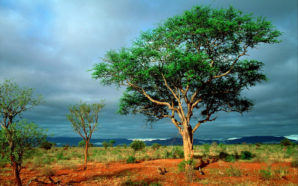 Well familiar with Africa, where he grew up, Philippe de Moerloose is an expert of the current situation on the continent: “Africa’s population is going to double by 2050 and the economic boom goes on. Africa needs to start modernizing its agriculture industry today in order for its inhabitants to be able to face the challenges of tomorrow.” It looks like one of our century’s biggest challenges is for Africa to become self-sufficient in food. 30 years ago, a farmer had to feed on average 2 people ; today, due to population growth, migration and urbanization, the same farmer needs to provide for 5 – or more.

The modernization of tools and parts, that will allow for the increase in agricultural productivity, is closely tied to the mechanization of machinery. In developed countries this mechanical revolution already took place, and played a key role in the evolution of agricultural systems, whose productivity has significantly increased. Studies have shown that the new process of production has also led to a greater engagement of farmers in their work.

Philippe de Moerloose shares the same view, but highlights that the transformation has to be adapted to the African context: “The key to successful development in Africa is mechanization. Naturally, the agricultural evolution has to proceed gradually, and all stakeholders, and the specificities of the African landscape, need to be taken into account.” The agriculture in Africa has its own set of unique challenges, different from the ones common in developed countries. Most farmers continue to rely on human and animal labor to produce energy used for farming; their properties are small, oftentimes lacking access to sufficient technology; there also exists numerous environmental constraints related to the climate.

Then again, despite mixed results of previous attempts to modernize agriculture, today, more than ever, the mechanization of Africa is necessary. “If we want [the continent] to become sustainable and self-sufficient, we have to acknowledge that its evolution is not only unavoidable, but also a strategic process,” reminds Philippe de Moerloose. The widespread, and very promising, agricultural revolution needs to be backed by progressive policies and the good will of the part of the African governments. 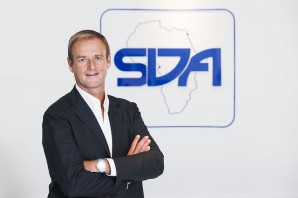 African leaders are indeed conscious about and eager to change the current agricultural politics, which is especially evident in case of the Democratic Republic of Congo. In 2011, the World Health Organization (WHO) and the Food and Agriculture Organization (FAO) of the United Nations began implementing an action plan named “Agricultural Mechanization Strategy in DR Congo.” Its five main objectives were :

Philippe de Moerloose knows that national strategy very well. SDIAG has been actively participating in its implementation ever since the project was launched by FAO and Kinshasa’s government.

Founded in 2011, “SDIAG is the official John Deere distributor for the DRC, Rwanda and Burundi, that offers a wide assortment of tractors, combines, sprayers, carriers, and other agricultural equipment,” Philippe de Moerloose explains, proud of his partnership with the American manufacturer, known on a global scale for the high quality of its products and its innovative spirit.

The local presence of SDIAG in Kinshasa and Lubumbashi in the DRC allowed Philippe de Moerloose’s company to take part in the Congolese Agricultural Mechanization Initiative. “So far, we have ensured the delivery of more than 3,000 tractors with plows and trailers to the governors of each province”, explains the Belgian businessman. An active participant in the mechanization campaign, the entrepreneur concludes that he is proud of his company’s contribution to the modernization of agriculture in the DRC.

For Philippe de Moerloose, it is the entire African continent that should take control of its destiny and embark on the road towards the “agricultural revolution” in order to be able to meet the challenges of tomorrow. As investments in the region progress, Philippe de Moerloose holds onto his dream of a 21st century Africa. As a pioneer and a changemaker, he believes in the tremendous potential and abundance of the continent. The rest, as he likes to say, is only a matter of resources and good will.