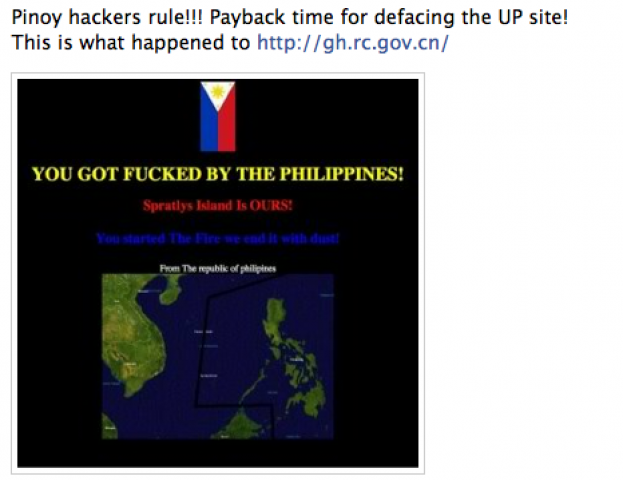 MANILA – With a stated goal of making Chinese web hackers feel the fire of payback – philippine hackers are on the attack.

” They will pay for its defacing Philippine websites – one by one – several websites in China are being sought out and defaced by the Philippine IT community.” declared a user net group online for pinoy-hack-payback a social media group that says it will 1000 to 1 hit back at mainland china sites that are government owned.

“This group will not target bloggers or private citizens websites because we believe the attack on the UP site was done by the Chinese government.” the statement posted online says – at least one government ministry and China University websites has been hit several over ‘modifications’ the group says are in the works.