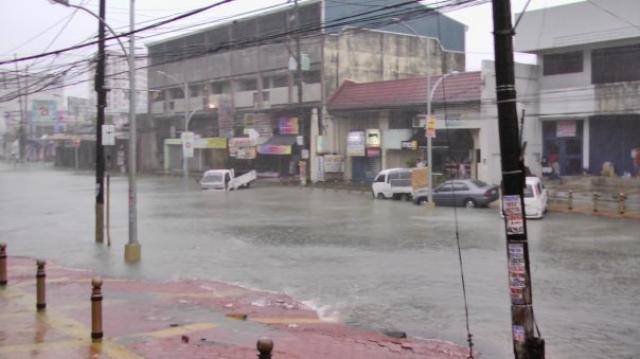 In the Northern Philippines 38 towns and three cities – in the Ilocos Region remain flooded as of Sunday night, Philippine the National Disaster Coordinating Council or NDCC reports.

Most of the areas three million residents are without power as medical and food supplies are limited. The scale of the disaster which government’s initial damage estimates at over 5 billion pesos or 108 million dollars a figure expected to triple as flood waters recede.

A earlier storm caused some 500 Million US Dollars or 23.5 billion Philippine pesos in damage to the Philippines Capitol region. Cost in lives is feared to exceed 1000 dead as rescue has switched to recovery for those missing from the two storms who were either washed away by floods on the lowland plains of Luzon or suburbs of the capitol or in flash floods and buried in landslides in the Cordillera town. Over six million people were affected in the two storms.The Philippine President has asked its congress to speed up relief and disaster assistance with supplemental P10 Billion peso fund. for short term relief of victims and rehabilitation of infrastructure in storm ravaged areas.

A standby fund from the Asian development bank or ADB will be tapped towards also further improving infrastructure and resettling thousands of ‘squatters’ marginal settlers along rivers that authorities believed were a major factor in flooding. Meanwhile some P500 billion pesos ($10.8 million) worth of commercial short term loans are at risk and another P5 billion pesos ($108 million) in danger of default due to the damage caused by Storms Ondoy (Ketsana) and Pepeng (Parang) officials of the Bangko Sentral ng Pilipinas or Central Bank of the Philippines told reporters at press conference in Manila. The damage estimates to private property have not been factored into most government reports as of Monday in Manila as government is focused on immediate disaster relief the official went on to say. The Deputy Governor Nestor A. Espenilla Jr. of the Bank was speaking to reporters over the weekend during a rural bankers convention "That is 24 percent of aggregate loan portfolio if one looks at the total loans outstanding monitored by the bank which is 2.2 trillion pesos outstanding," Espenilla,

While stressing the figure is ‘substantial’ the BSP Deputy Governor stressed it is "Survivable and the Philippine treasury is at one of its highest levels of US dollar reserves in decades."