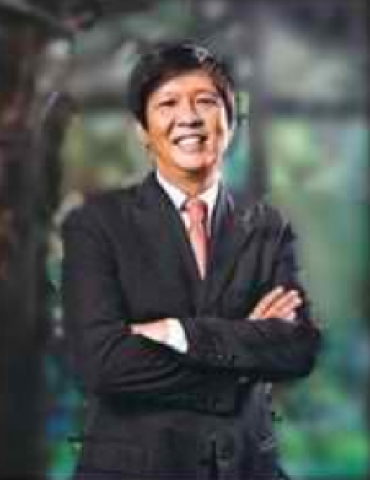 In a post on a social networking site, the son of the late Philippine strongman Ferdinand Marcos, warns of ‘rumors’ of a plot by the ruling Liberal Party to oust the current Chief Justice of the Supreme Court Renato Corona.

Ferdinand Marcos Jr., a senator, and namesake of the ousted strongman, warned of "a vengeful move", to seek the ouster of the current Chief Justice.

The court as a whole has been under fire from Aquino’s supporters for its percieved favoring of a former president currently facing election and corruption allegations in an effort by Aquino’s justice department to hold accountable his predessor for a number of alleged offenses.

Corona, who was appointed by current President Benigno Aquino’s predessor Gloria Arroyo, now a congresswoman, detained at a military veterans hospital. Arroyo is the main subject of the current government’s anti-corruption campaign.

Most legal observers say other percieved opponents of Aquino are worried they may be next. While criticism has been open of Aquino by some – he also has a positive rating from the public opinion polls on the steps taken to arrest the former president.

The Chief Justice has been on the bench since on April 9, 2002 by then President Gloria Macapagal-Arroyo. On May 12, 2010, two days after the 2010 elections and a month before Arroyo’s term expired, Corona was appointed the 23rd Chief Justice of the Philippines.

Current President Benigno Aquino has openly criticized the current Supreme Court which had issued a temporary restraining order versus Arroyo’s arrest – which the Aquino government’s justice department ignored. A petition for review before the supreme court is pending on that issue’s constitutionality.

Pres. Aquino’s mother, Corazon, ousted Sen. Marcos’ father who died in exile and remains unburied in a refrigiated crypt in his hometown. Sen, Marcos’ and Pres. Aquino have been cordial with each other in public.

But there have been rublings over plans for a state funeral for former strongman which Aquino later vetoed leading supporters to view the relationship as strained.

After Arroyo – Marcos next?

Many see the likelyhood after Arroyo cases move, the Marcoses are next in line for the governments anti-corruption campaign.

The Marcos family and the Aquinos are widely held to be political opposites going back to the US Commonwealth era, and even in World War II, where the later strongman fought the Japanese while Aquino’s grandfather served in the pro-Japan puppet government.

Pres. Aquino’s father was Marcos’s main critic in the Philippine senate and a major anti-Marcos rebel group was formed near the Aquinos’ hometown. The different politcal views and politcal positions of the two family camps have been on opposite sides for decades.

However, much of the current attention has been on Arroyo’s case, yet Marcos comments have suprised some politcal analysts who see the Senator as contender for president in 2016.

Corona, graduated from the Ateneo de Manila Law School, where he would serve as a member of the faculty for 17 years. He also received a Master of Laws degree from Harvard Law School in 1982.

But university professors from at least three Philippine law schools are also warning that the current furor over the cases filed versus Mrs. Arroyo, who ironically also is a child of a former President, may lead to constitutional crisis between the Executive, Legislative, and Judicial branches of government.

Rumours abound of a meeting in Mandaluyong among Liberal party members taking place this evening to plot their moves in fast tracking impeachment proceedings against Chief Justice Corona.

If true, we are entering dangerous waters because if in the process, people perceive this to be a move based solely on orders from Malacanang emanating from a vengeful President, they may not look too kindly onwhat they will conclude to be a waste of taxpayers money to satisfy one persons personal desire.

Worse is if they perceive the move as a retaliation against the SC order to distribute the land in Hacienda Luisita. The economy is in the dumps and after Christmas, people will experience the hardships more acutely. This will be seen as a personal vendetta and a mere distraction from problems facing them rather than a desire to fix our justice system.

Marcos has been vocal against battles between the court and executive. Now, seeing that the Lower House of Congress is being pulled into the move is warning that the actions may "bring us all down a road" he calls as a personal vendetta

"This will be seen as a personal vendetta and a mere distraction from problems facing them rather than a desire to fix our justice system." – Sen. Marcos

Marcos had earlier warned the excutive branch versus any actions  during tough economic times is only a ‘squib tactic’ to distract people from an increasing number of unemplyed overseas workers who have been layed off overseas and face uncertainty in the country. This, the senator says, is largely being ignored while government pursues a state policy of vendetta.

Two days earlier Sen. Marcos had first posted comments on what he called three branches of government at odds with each other over the legal issues surrounding Mrs. Arroyo.

Constitutional experts and legal luminaries would be most welcome in elucidating for everyone these basic tenets of the Constitution. This is also one time politicians can show bipartisan efforts in defusing the situation that can only culminate in a Constitutional crisis that will further drag down our already sagging economy.

Foreign investors are allergic to countries whose government are engaged in fierce in-fighting and whose laws are trampled upon and carry little weight to those that can strong arm its’ courts and worse, including its highest court.