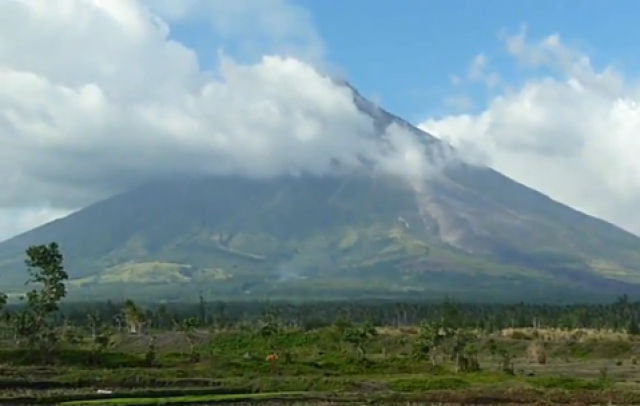 Excellent YOUTUBE VIDEOS from Asuseroako’s diligent posting and monitoring of the area.

Manila- A MalacaÅ„ang Palace statement issued Wednesday, “Assured all 9,000 families living at the danger zone in Mayon volcano will be evacuated to safe zones today.” President Gloria Arroyo’s statement was read by, Executive Secretary Eduardo Ermita who in turn quoted Defense Secretary and National Disaster Coordinating Council (NDCC) chairman Norberto Gonzales, “That 90 percent of families living within the six kilometer danger zone have already been evacuated.”  Sec Ermita says that “Sec. Gonzales, is confident that the rest of the residents will be evacuated today.”

Ermita said President Gloria Macapagal-Arroyo, who left for the Climate Change conference in Copenhagen this noon, will be properly updated on the developments in Legazpi City and the status and condition of Albay residents.  “Sec. Gonzales has been in Legazpi since this morning supervising activities at the Regional and Provincial Disaster Coordinating Center.” The Administration, Sec. Ermita has taken steps to since last week with regular plans in place since abnormal activity has been noted since November at one of the Worlds most active volcano’s Mount Mayon, which is just north of cit of Legaspi in Albay provinve on Luzon Islands Bicol Peninsula.

“We believe that Albay residents need not to be reminded anymore of the dangers of staying near Mount Mayon because of their past experiences.” Ermita said enough alerts have been established by local officials to warn the residents and added that before departing for Copenhagen, President Arroyo has directed Gonzales to immediately look into the Albay situation.

“The Department of Social Welfare and Development (DSWD) is also on stand by for any immediate relief assistance.”  According to Philippine Institute on Volcanology and Seismology (Phivolcs), the alert level three raised in Mount Mayon signifies that magma is near the top of the crater and incandescent materials are now detaching.  The Philvolcs statement added that Mayon volcano is now at a “high level of unrest” and may have more dangerous eruptions.