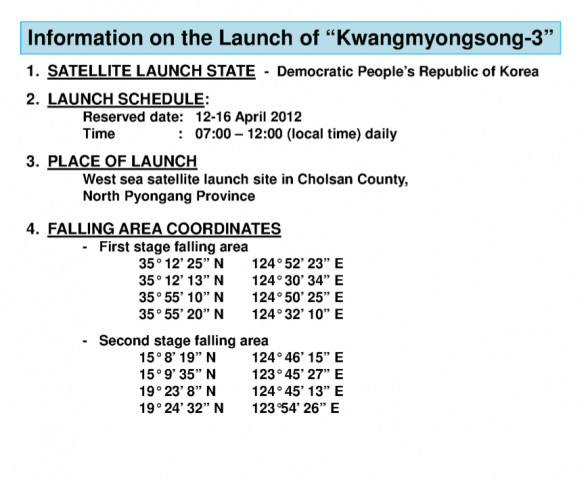 Manila – "If there is a change of path or adjustment Manila itself is well within the area that may be affected by falling debris from the launch." Sec. Jesse Robredo of the Dept. of Interior and Local Government.

Sec. Robredo speaking on radio says that. Warnings have been issued and people are instructed to not touch or apraoch any debris from the 2nd stage boster of the rocket. "If there is a change in direction of the path of a north korean rocket test expected between the 12 and 16th then major population centers might be in the path of the rocket test and splashdown areas of a 2nd stage booster."

A report issued by the office of civil defence of the Philippines has issued a briefing statement and released projected path information based on statements of North Korea’s government.