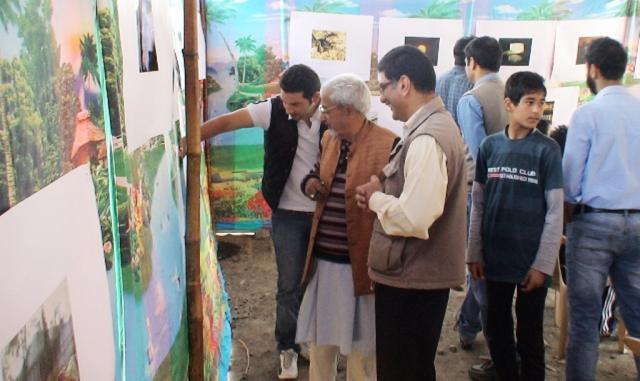 Srinagar, April 22 (Scoop News) –A photo exhibition was organised by the Pandrethan Youth Forum, led by Mir Sarwar Hussain, Chairman Safdar Art, today. Various photographs, taken by the amateur youth using their mobile phones and cameras were put on display. The event was attended by many people including the respectable citizens of the area. The visitors evinced keen interest in the photos. The exhibits were judged by a panel headed by noted artists Sajood Sailani and Gayoor Hassan. Other members included Fahad Manzoor of Change group and Aamir Ali, OSD with Divisional Commissioner, . Prominent amongst the visitors were Ejaz and Rais from Change group.