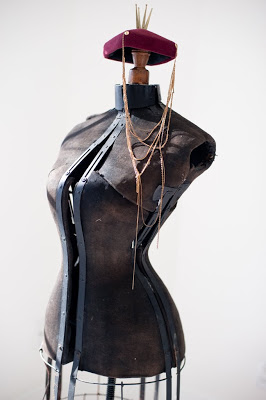 Canadian-born Emma McIntyre is a versatile, well-established photographer who shoots a variety of work for editorial, fashion and commercial clients. Her natural photographic style brings to life the simplicity and beauty in our constantly changing world. Whether she is shooting people or environments, Emma is extremely adept in capturing the surreal, still life moments amidst the fast-pace of life.

Raised in Toronto, McIntyre fell in love with photography at age 16 after inheriting a Pentax Spotmatic from her father; both Emma’s father and grandfather were avid hobbyist photographers. With the help of a great teacher, she began developing the foundation for her career as a photographer during high school where she spent countless hours working in dark rooms before continuing her education at the University of King’s College, where she was the photo editor of campus newspaper, as well as at NMIT in Melbourne, Australia.

An accomplished photographer, Emma loves the challenge of making use of whatever lighting situations are present at the time. She strives to capture a moment which demands attention while also telling a story of the subject being photographed. Her typical camera bag for photo shoots includes her Nikon D3S with 85mm and 35mm prime lenses.

McIntyre also loves her two film cameras, a Hasslebad and a Mamiya 645, and although she admits that on commercial jobs it is harder to shoot film, she loves the feel and its unparalleled capabilities.

“You are so much more deliberate and don’t have the option to constantly check what you’re doing and tweak it. Film still forces you to be a bit more instinctive and trust that you’ve captured what you needed to,” explains McIntyre.

One of her favorite memories as a photographer came from a trip she took to Cuba earlier this year. Though she was not on assignment, McIntyre believes some of her best work came from her time there due to the creative inspiration she felt from the incredible beauty that surrounded her. McIntyre says, “By the end of the trip, I actually felt visual fatigue from seeing so many beautiful things.”

While Emma McIntyre’s extraordinary work encompasses a broad range of subjects, she feels most passionately about photographing people and seeks to reveal her subjects in a surreal-like beauty.

McIntyre’s work has appeared in numerous publications including NYLON, Rolling Stone, Food and Wine, SPIN, Billboard, Fashion Magazine, NY Post and Toronto life, to name a few. Aside from an impressive client list, which includes Horses Atelier, the Canadian Art Foundation, Tiffany & CO, Hudson’s Bay Company, McIntyre’s work has been used as the cover of novels, and included in several  philanthropic auctions and events. She is also a regular  is also a regular contributor to Getty Images Editorial. With a resume that is superbly varied and impressive, Emma McIntyre is certainly a photographic force to be reckoned with.

Below are a few photos McIntyre  shot of jewelry designer and hat collector Maryam Keyhani for a photo spread in the May 2014 issue of Fashion Magazine. To find out more about Emma McIntyre’s phenomenal work check out her website: http://www.emmamcintyre.com/ 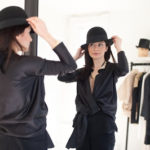 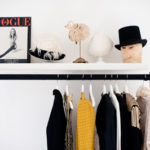 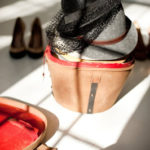 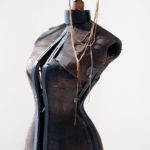 Filed under: Art, Lifestyle
Share Tweet Pin G Plus Email
previous article: Is HHP Juice Good or Bad?
next article: FIASCO: US Defense Department spent $486 million for 20 Italian made aircraft for use by the Afghan Air Force which could not meet operational requirements