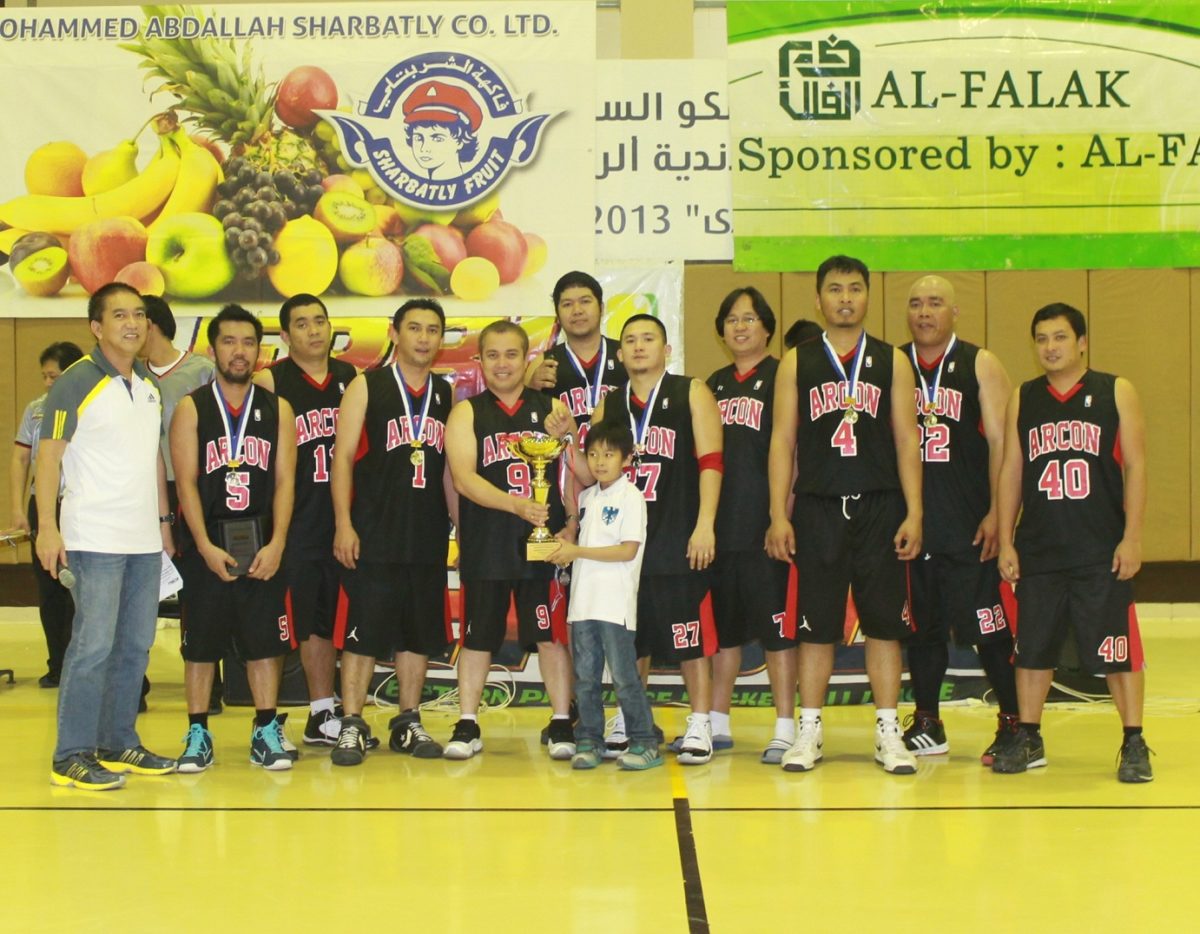 Dammam, Saudi Arabia  – The Phuket Restaurateurs clinched their first title with an easy 87-67, victory over Arcon Construction Company in the Open division of the prestigious Eastern Province Basketball League.

Team Manager and owner Khwanchai Steve Keekhongderm proudly lifted the championship trophy after his team’s unbeaten run (9-0) in the tournament. 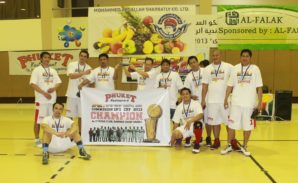 Phuket stamped their dominance early in the first quarter, ran off nine points in a row making it 26-17, on Arnold Arguelles three-point shot, and there was never really run for the Arcon team who couldn’t get closer than eight from there.

With former PBL Agfa ace guard, Ramon Hernandez and playmaker Mark Millena combined in the backcourt, Phuket had 23 assist against 14 for Arcon. Jayson Mejia and John Baloloy did their usual support with a combined 11 points off the bench.

Marvin Ruado paced Arcon with a game high 17 points on a 5 of 7 three-point shooting, Jaylord Santos had 15 while big man Gelvys Corvera added 14 points but guard Brian Solis was limited with five points and seven assist. 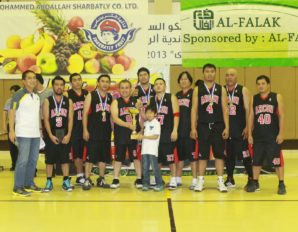 It was a sweet comeback though for the Thai team, who never got a championship since joining the league in 2003. Phuket rested for almost four years before Keekhongderm built a team with deep, versatile players in capturing the championship. Meantime, EPBL announces its 27th Season Opening on February 21, 2014; basketball enthusiasts may send email to epblnewsdesk@gmail.com for more queries.

Filed under: Basketball, Sports
Share Tweet Pin G Plus Email
previous article: Alcohol is not a disease but is an addiction!
next article: What to do if you disagree with your clinical psychiatrist’s evaluation of your mental illness