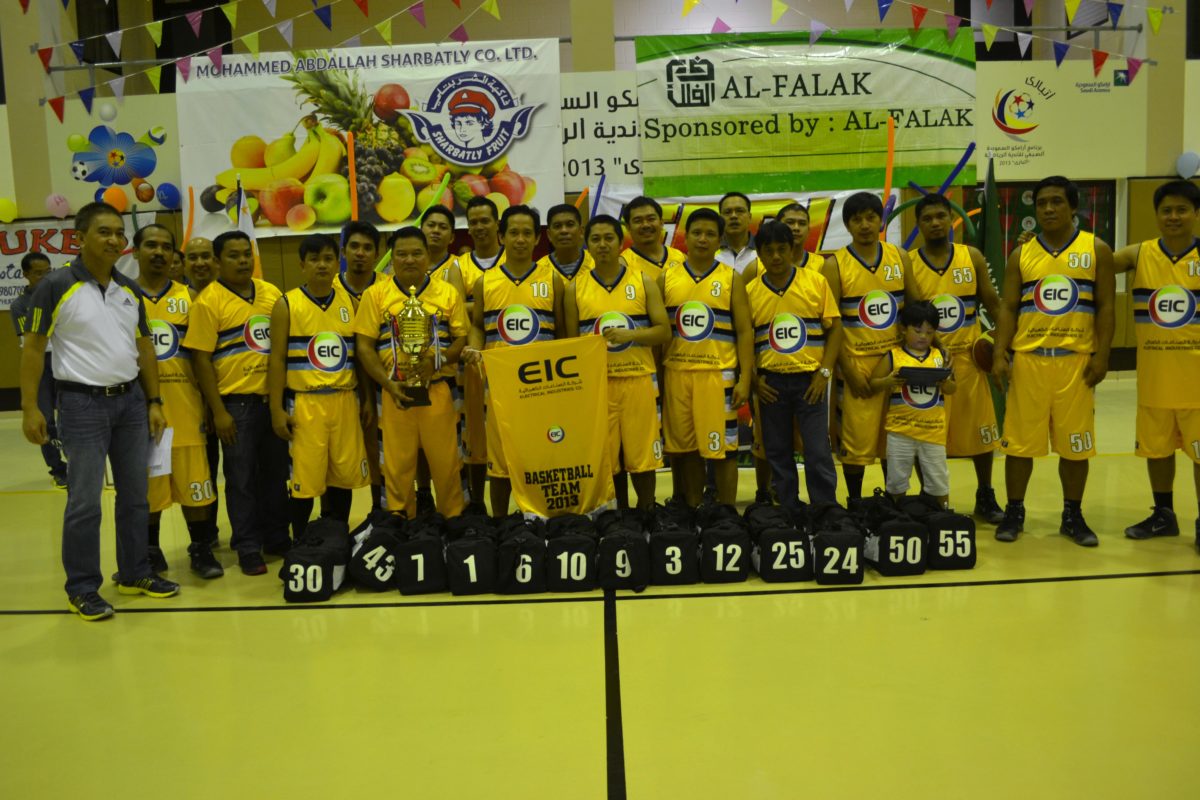 AL-KHOBAR, SAUDI ARABIA – Phuket Restaurant lived up to their pre-tournament billing as the most dangerous team this conference after beating the powerful Arcon five, 77-58, in their return to the Eastern Province Basketball League.

Arcon lost despite their height advantage as the comebacking Phuket showed up with a rag-tag line-up formed just days before the game at the Al-Ettifaq Club.

Jonathan Cabrigas led Phuket with 17 points while Anthony Magno, who did the most damage in the game with his tenacious rebounding and defense, had 13.

“Its so hard to form a competitive team these days. Its surprising that these players would pour their guts out despite our lack of practice, logistics and equipment,” said Keekongderm following the game.

Phuket, which was dealt an early blow even before the opening tip with the continuing suspension of enforcer Alfel Canete, quickly established its rhythm in the first quarter with Cabregas and Dante
Alipin  leading the way for a 30-18 lead.

Magno and Alipin took over midway into the second canto where Phuket took a commanding 41-24 advantage. Noel Almodovar’s quick basket and Ernesto Jadormio’s trey enabled Arcon to cut the lead, 41-29.

Cabrigas and Arnold Arguelles then pushed Phuket’s lead, 60-38, with former ace Mon Hernandez getting a bucket plus a foul off Joel Beado to close the third period.

Jadormio and Beado ignited a short rally to start the fourth with a 10-0 run until Rodante Luete’s midrange jumper and the hulking Alvin De Jesus putback dashed the hopes of Jon Germono’s squad.

In the Intercompany category, Tikaz-Cooline climbed out of a double-digit hole in the first quarter and battled the mighty Saudi Readymix toe-to-toe only to succumb with less than three minutes left in game for an exciting 88-80 decision.

Flashy two-guard Robin Santiago and burly slotman Gilbert Paragas teamed up to spark a fourth-quarter run with nine unanswered points in just under three minutes in the final frame as the Mixers closed the
game on a 27-23 tear after holding a precarious, 61-57 lead.

“We lost to a very strong team. It’s not a balanced competition. They (Mixers) will win even with their hands tied. We will appeal to the tournament committee,” said Tikaz-Cooline team honcho Bernie De
Guzman, whose team moved up to Class-A competition with the same roster after winning Class-B the previous conference. “To me they have the deepest lineup and if you face them they will just toy around and still win.”

Santiago, who led all scorers with 27 points, kickstarted the Mixer’s late run and Paragas and Rolly Bisda followed suit. Wilfred Molina topscored for Cooline with 20 points.

Sonny Cariaga collected 11 of EIC’s 23 points in the final period for a team-high 22 points while Ely Lunas and Gerald Cabaltica added 14 points each to beat the pesky Saipem squad and remain unbeaten in two
games.

Saipem’s Herminda recorded a game-high 25 points and teammates Quijano and Delantes combined for 24 points but their efforts fell short against the formidable offense of their foes.

Newcomer Alumaco dropped a 20-2 bomb right from the get-go then followed it up with a 26-14 trashing in the third to score another runaway victory with Unitrans as their victim this time around.

Jhanrey Raymundo led all scorers with 15 points barely breaking a sweat while Bryan Rosales added 10 markers. Up 54-19 at the end of third, Alumaco’s starters watched from the sidelines as the reserves
finish off their hapless opponents.

With their two successive poor showing, coach Rafel Ambos said, “Losing badly is becoming unbearable but this is a learning experience for us. With this level of competition, we just have to prepare better
next time.”