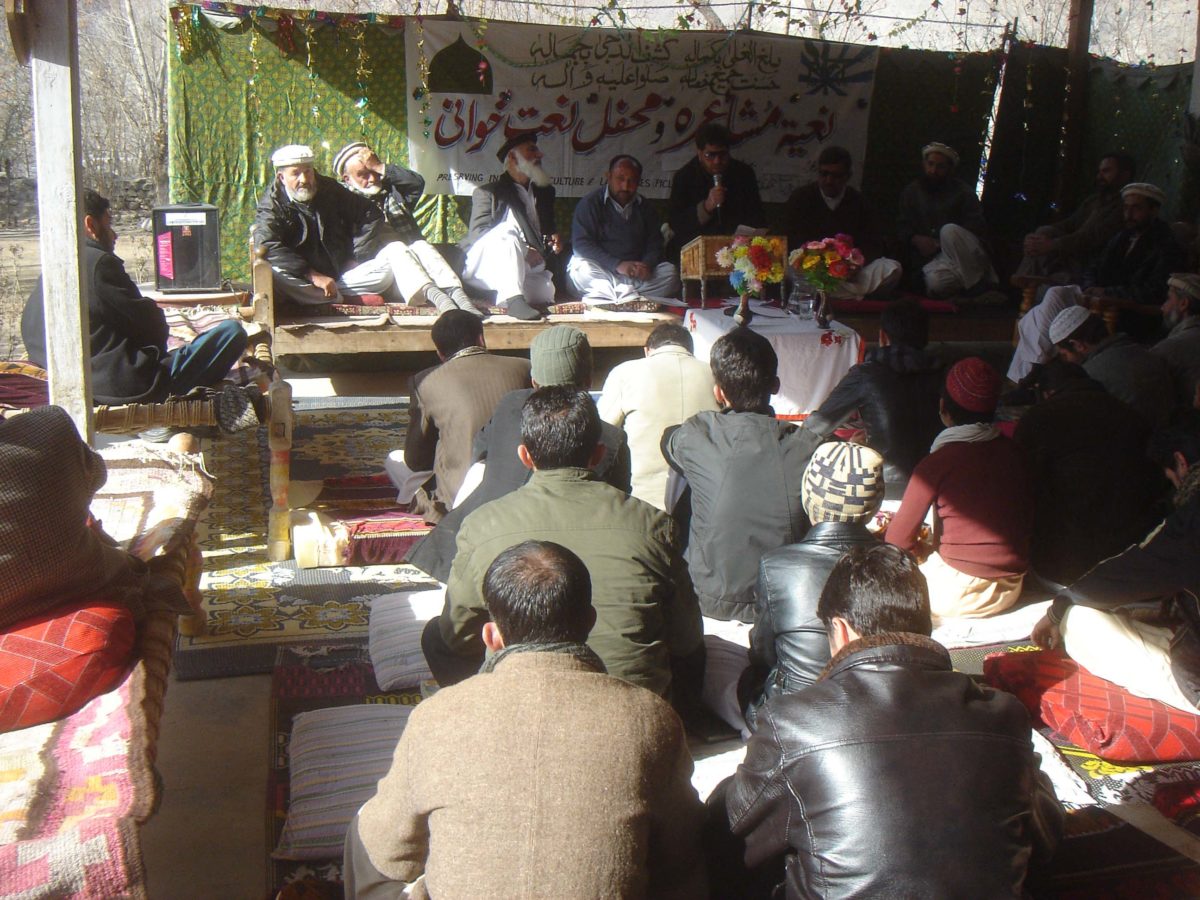 Ijaz Ahmad chairman PICL thanked all poets and Nath Khwan who participate in this sacred session. He said that his organization working for preserving of indigenous culture and language and they arranged such poetry session and Nath competition to encourage young generation. So as to enable them to participate in national and international level competition.

Khurshid Ali Khan highly hailed PICL management and the participants who attended this session and expressed their love with the Holy Prophet. Poet, educationist and intellectual Ameenur Rehman Chughtai appreciated the young poets and Nath Khwan because they have rich potential but need a platform to prove their ability. Professor Naqeebullah Razi also emphasized on the youth to must participate in such programs for their spiritual reforming. He lamented Unjumani Taraqi Khowar who arranged a musical concert in this holy month of Rabiul Awal and announced of its boycott. A large number of people from Drosh, Chitral participated in this spiritual program.

The jury  declared Aziz Ibni Tofan the first position holder and awarded them in cash. 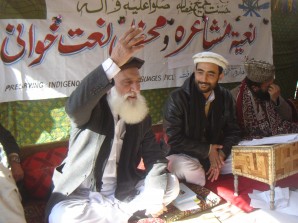 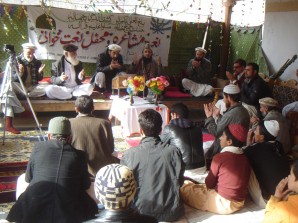 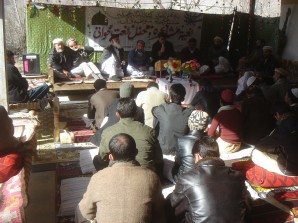 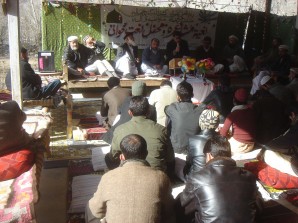