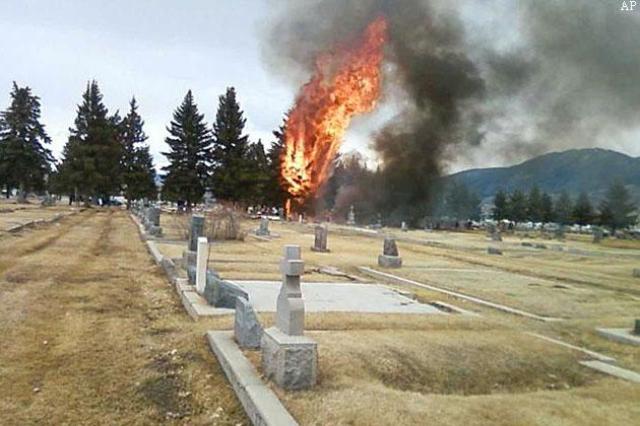 A small passenger plane crashed on Sunday afternoon (local time) in the western US state of Montana, killing an estimated 17 people including a number of children, federal officials said.

A Federal Express freight plane crashed on Monday morning on landing at Narita airport near Tokyo and burst into flame, media reports said.

A burnt fuselage of a FedEx cargo is seen at Narita Airport in Narita, east of Tokyo, Monday, March 23, 2009.

CNN showed footage of the crippled plane bouncing twice, as it veered off the runway aflame.

FEAR IN THE SKY

Firefighters work by a smoldering fuselage of FedEx cargo plane on the ground off a runway after it crashed and burst into flames.