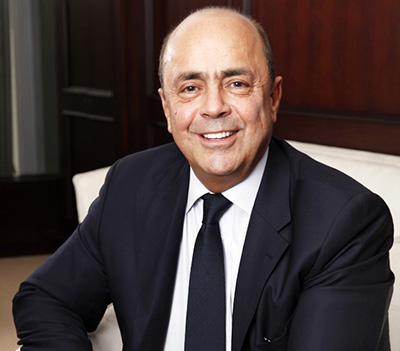 Pierre Falcone was born in Algeria and moved to France when he was 8 years old. He is regarded as one of the only French businessmen whose success is matched only by his discretion. He is the chairman of Pierson Capital, an International group with over 2,600 employees who manage businesses in particularly rapid growing countries such as China and several in Africa and Latin America. Despite his success, he remains under the radar, concentrating on managing and improving his company.

The path of Pierre Falcone, much like the success of Pierson Capital, shows an understanding of the challenges associated with the ever changing and developing world. The entrepreneur speaks four languages fluently and surrounds himself with a multicultural team that allows Pierson Capital to operate effectively.

In ten years, Pierson Capital has completed a number of strategic partnerships with global giants in construction, energy and water. The success of Pierson Capital can also be attributed to Pierre Falcone’s recruitment of “the best and the brightest”. When managing complex projects, it helps to have engineers with an impressive track record, especially in the fields of:

These skills are highly sought after in developing countries because the engineers show great competence and can establish infrastructures similar to those found in western countries. Pierson Capital has solidified a high position and expertise that proves quite effective in penetrating markets in China, Africa and Latin America.

Such great success does not go unnoticed. Therefore, it was no surprise when the Hebrew University of Jerusalem awarded Pierre Falcone the title of Doctor Philisophiae Honoris Causa in June of 2013. He was given this title for not only his work as an entrepreneur but also for his contributions to neuroscience research. As a result of this recognition, Falcone has now joined the ranks of other distinguished figures with the same title :

The future of Pierson Capital Group

Specializing in “major projects” such as highways, power plants, railways, and innovative technology, the company seems well positioned to face the challenges of a world in which the tides can turn quickly.

Its size and ability to respond quickly to new challenges are enviable qualities. The company’s fast-growing operations on three different continents shows a positive outlook for the coming years. The challenge is of course avoiding acting as purely an investment entity when working on projects that require a certain level of risk. As a result of its size, Pierre Falcone’s company needs to be sensible when choosing projects in order to keep their level of success.