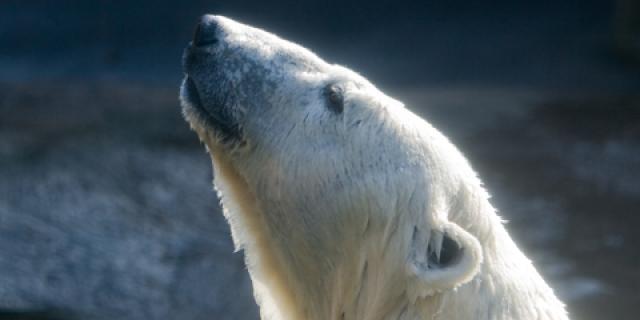 Record melting of Arctic ice, it had never before dropped below 4 million square kilometers

In less than one generation, we have altered the way in which the planet looks from space and soon the North Pole will be completely ice free in summer, probably within the next 5 years or at the most the next 20, depending on the forecast.

The annual melting of Arctic ice is reaching a level that is reducing the extent of sea ice to the lowest level ever recorded since satellite monitoring began in 1979. Scientists from the US National Snow and Ice Data Center (NSIDC) have raised the alarm.

Scientists have recently announced a new record of the melting of Arctic ice, a record that we would have gladly done without. The ice cover has been decreasing every year since the 1970s: at that time, the extent of ice was roughly 8 million square kilometers, today it is less than 3.41 million square kilometers, as shown by satellite images: 45% less compared to 1979.

Last March, the melting speed exceeded 90,000 square kilometers per day, equal to the area of Portugal. At 1000 m above the Arctic Ocean, on the Pacific side, the temperature was 1-3°C, with highs of 4°C in the Beaufort Sea, north of Alaska. It is not only a question of a hot Arctic, but a dangerous process of declining age, since ice that is more than two years old is essentially disappearing and is now limited to the north of Greenland and the Canadian islands.

On 27 August 2012, the new record of 4.17 million square kilometers was recorded and since then, an additional 500,000 square kilometers has been lost. The minimum is usually reached in this period, but the scientists are delaying the announcement that the minimum has been reached because the ice has yet to stop melting this year.

A study published by the Environmental Research Letters in June, comparing forecast models with observations, estimates that 70-95% of the rapid decline of Arctic ice is due to human activity.

According to Canadian scientists, the record decrease in ice extent reached this year could probably lead to a colder winter in Europe since the heat from the Arctic waters will be released into the atmosphere this autumn. The Met Office, the British meteorological office, agrees, attributing the cold, dry winters seen in Great Britain in recent years to the decrease in Arctic ice.

In less than one generation, we have therefore altered, in an irreversible manner, how our planet looks to observers from space – people, satellites or aliens – and shortly, the North Pole will be completely ice free in summer: probably within the next 5 years or at the most the next 20, depending on the forecast.

Greenpeace is calling for the creation of a global sanctuary in the uninhabited area that surrounds the North Pole and a ban on oil drilling and non-sustainable fishing in the rest of the Arctic. Since June 2012, more than 1,700,000 people have signed the petition to defend the Arctic, launched by the environmentalist association that is organizing a mission for the start of 2013, during which time it intends to place an Arctic capsule on the bottom of the ocean that will contain all the names of the defenders of this resource of humankind, the Arctic, that truly runs the risk of disappearing, rapidly, forever.