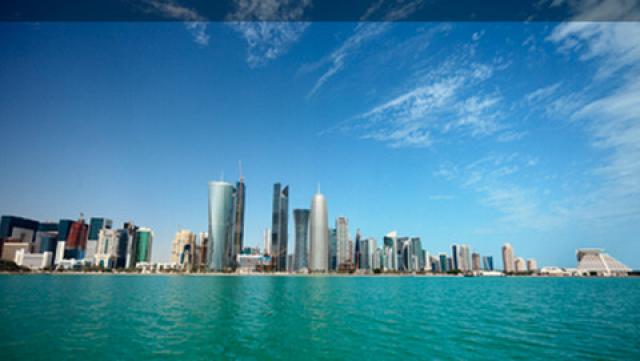 The number of residents on the luxury island built off the coast of Qatar is increasing every year. The island is continuing to be built with an eco-sustainability mindset.

The artificial island off the coast of Qatar called the "Pearl of Qatar" has many luxuries, but also focuses on the environment, from water supplies to the waste management, to cooling system that copies the the Roman energy model.

Following Dubai, Qatar is now building an artificial island of its own: it covers 400 hectares of surface area, and has nearly 20 kilometers of beaches for 40,000 international residents. They are the first foreigners authorized to buy a strip of land in Qatar. There are already 5000 residents compared to 3000 the year before, a sign that the “Pearl-Qatar”, as the island is called, is growing.

Among the five-star hotels, exclusive apartments and villas and small tourist ports, Italy has helped to design and built a significant portion. The island’ s Sales & Marketing Centre, for example, is located in an oyster-shaped building designed by Italian architects. The choice of the natural-shaped and harmonic dome brings to mind the symbolic significance of the oyster shell, also visible from the sea. Inside, however, the winding central staircase brings to mind the interior helicoid of a nautilus, a large seashell with its opening turned upwards.

The island has been built on an old pearl diving site along the Qatar coast; therefore, the architectonic references to the sea and its treasures are a constant. Conceived as a luxury location, it also includes a district, Qanat, that reproduces Venice on a small scale, with a canal system and the typical small pedestrian squares. The first residents moved in a few months ago and the most popular place to take a stroll is on the replica of the Rialto bridge.

The United Development Company (UDC) in charge of the island project also strives to guarantee eco-sustainability, for example, by monitoring water quality every two weeks to verify that construction activity does not affect the marine environment. Regarding the water supply, the island uses seawater that is desalinized by means of a reverse osmosis system.

Waste management is the most difficult task, for which an innovative underground system of pipes will be installed to transport waste at speeds up to 70 kilometers per hour.

Air conditioning on the island is based on an efficient district cooling system, copied from that invented by the ancient Romans for heating their buildings: water is chilled in a central cooling station and then run through the piping system, with less waste and less danger of leakage of refrigerant gases.

When the project is completed, Qatar will boast 13 new islands and 32 kilometers of additional coastline, but of course the future depends on the current economic crisis that has slowed the construction of new residential complexes.