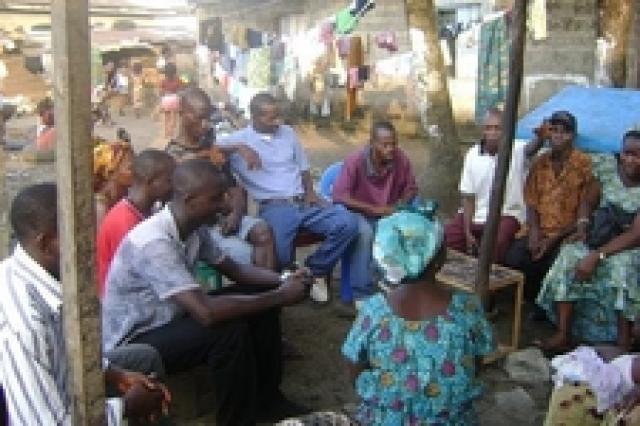 There are two kinds of wedding ceremonies in Liberia: a Western/European wedding and a traditional Liberian wedding. Either type of wedding could be made simple or flamboyant and luxurious.

Since Liberians tend to practice a more Western style of life, most often they prefer a Western/European wedding. In a Western wedding ceremony organizers and planners, who are considered to be experts, spend months carrying out the hectic tasks of planning. There are many planning meetings and, most of all, a lot of money is spent. All of the usual protocols in a normal Western wedding ceremony are observed, including bride-maids, best-men, ring-bearers, flower-girls, and more. A long convoy of vehicles speed through the city to where the wedding is being held. Photos are taken at historic and memorable sites. Then there is a reception where the celebration flows!!!

Weddings of this nature are costly. In most cases, participants of the wedding are charged fees to contribute to the wedding.

As for the traditional wedding, traditional rites are observed. The clothing of the wedding is completely traditionally and in most cases, the food is completely traditional. Parents from both the bride-to-be and groom-to-be perform a traditional ceremony in which bride-fees are paid by the parents or representatives from the groom-to-be to the bride’s parents. The bride fee is the symbol of the prospective parents-in-law showing their appreciation to the parents of the bride-to-be for the upkeep and immense sacrifices made in rearing their daughter. The occasion differs from one tribe to another but what is common also is that drinks and other gifts are also bought by the groom-to-be’s parents to their prospective in-laws. Traditional rites are performed during the dowry-paying, or bride’s price ceremony, including dances and songs.

The parents of the bride-to-be give up their daughter and are paid some money as a symbol.

This story originally appeared on