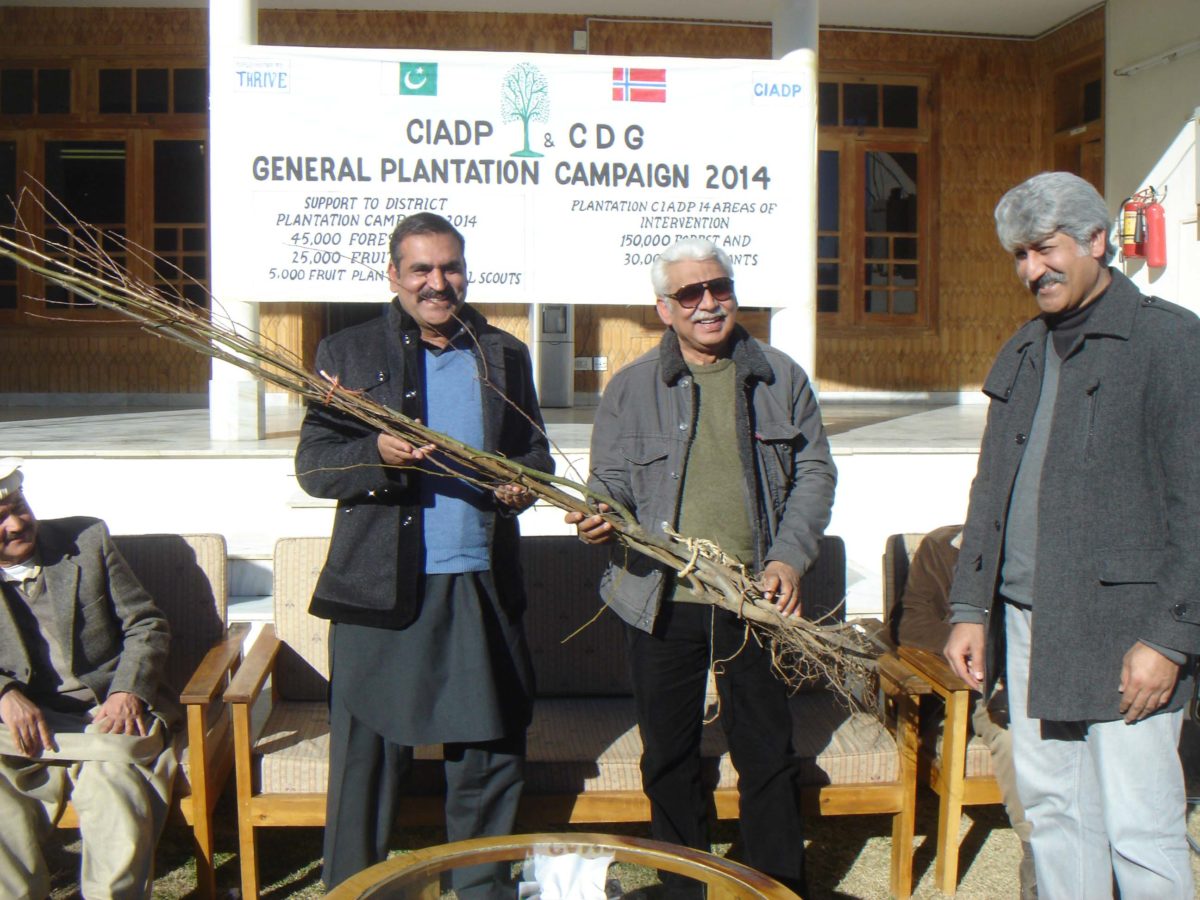 Plantation drive kicked at Chitral. Deputy commissioner inaugurated plantation drive.
By: Gul Hamaad Farooqi
CHITRAL: Plantation drive of 2014 kicked here at Chitral. Deputy commissioner Muhammad Shuaib Jadoon was chief guest on the occasion. A function was also held at CIADP office in this connection. Addressing to the ceremony Managing Director Azar Ayaz said that CIADP play vital role in plantation and promoting of forest and orchard horticulture at Chitral. He said that this is 4th event of plantation drive at Chitral in which they provided more than 863000 plants (sapling) to different areas through local support organization (LSOs) including district government of Chitral. He said that at present they distributing 45000 forests and 25000 fruit plants for district campaign. Similarly 150000 forest and 30000 fruit plants distributing to 14 areas of CIADP intervention as well as 5000 fruit plants to Chitral scouts.
He said that they take part in plantation drive after proper collaboration with forest and agriculture department. He said that CIADP working in different sectors of livelihood program for women and men and also training to official of district government. They strictly monitoring of all of their activities.
Deputy Commissioner Chitral hailed efforts of Chitral Integrated Area Development Program for supporting district government in different uplift schemes of this neglected and remote area. He said that district government has arranged of different fruit plants to individual for enrichments of forest and mini orchards. He said that plants and trees are most essential for clean and healthy environment. He stressed upon the heads and representative of local support organizations to play vital role to success this plantation drive because forest and plantation are must for controlling erosion and natural disaster like flood etc. He also assured that illegal cutting of forest will be discouraged at every cost.
Rahmat Ali Jafar raised an issue of mysterious diseases in orchard as a result most of fruit plants especially apple were damaged. Jan Muhammad Khan district agriculture director said that our research station already working on this issue and will find out better result in near future. He emphasized on farmers and general public that height of a new sapling must be less than 3 feet because a tall tree not success and also de-shaping.
Former MPA Saeed Ahmad proposed for promoting of local fruits like grapes, pears and apple which are most delicious and sweet as comparative to fruit of other areas.
At last Azar Ayaz handed over fruit plants to DC Chitral who also planted some trees and kicked the campaign. These plants were distributed among representatives of different LSOs of 14 areas of Chitral. A large number of people participated in plantation drive.
G.H. Farooqi C/O Manager bank Islami Main branch Chitral phone No (0092) 0943-320737, 0943-316052, 0943-414418 , 03025989602, 03337069572, 03159698446, 03469002167
email: gulhamad@gmail.com 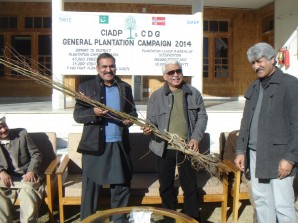