Addressing to the function DFO Saleem Marwat said that no project can be success without ownership and involvement of local community. He stressed upon the people to must sow a plant so as to overcome shortage of forest in the country.

Tehsil Nazim Mulvi Muhammad Ilyas said that plantation is a continue good work (Sadqa Jaria) and Islam has emphasized on plantation. He said that Shahmirandeh is facing shortage of potable drinking water and we have recommended a water well for this area. He said that people should to cooperate and participate in plantation campaign and play  their role to success the drive.

Later on he distributed free plants among the local people under Billion Tree Afforestation Project . Sub Divisional Forest Officer Asif Ali shah  and other were also present on the occasion. 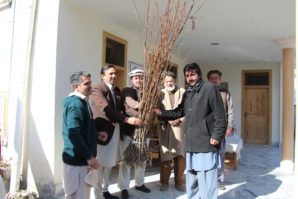 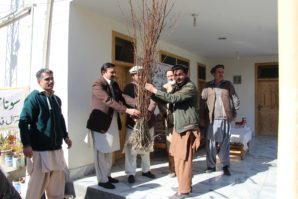