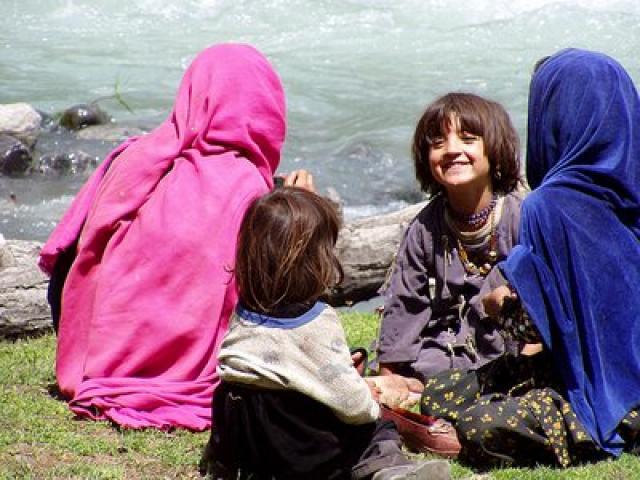 THE current situation in Swat is such that any sign of peace in the valley has been washed away. The people are living through the most miserable phase of its history. No doubt, the valley has witnessed invasions, turbulence and chaos from the time of Alexander’s invasion in 327 BC to the formation of Swat state in 1917.

However, at least in living memory the present chaos engendered by militancy has no parallel. It has adversely affected the physical and cultural environment, the economy, tourism, trade, governance and social life in the valley.

Unfortunately, in all this, women have been the worst sufferers. The militants’ obscurant version of Islam begins and ends with womenfolk. According to their belief, women are the source of all sins. A cleric while delivering the Friday sermon in Marghazar village was heard telling his flock, ‘My fellow Muslims, listen! The prices of daily commodities are rising because women abandon their homes and loiter about in the markets.’

In fact, the Fazlullah-led militants have announced a complete ban on female education from Jan 15, 2008 on FM radio. Some days ago, they announced that no government or private educational institution would be allowed to enrol girls and that all schools and colleges should stop educating them by Jan 15. Schools found violating this ban would be blown up. Taliban spokesman Muslim Khan somewhat modified the announcement saying that schools would remain closed until an Islamic curriculum was devised for imparting education to girls.

Parents and students have lost hope of schools reopening in this volatile atmosphere. The militants have usually been seen to follow up on their words and, despite the army’s presence, there have been no signs of the restoration of peace and harmony.

The militants have bombed or torched more than 100 girls’ schools and colleges to forcibly stop 80,000 girls from going to school in the district. There were 10 high schools, four higher secondary schools and four degree-awarding colleges and a network of primary schools across the district for girls and women, besides a postgraduate institution for young men and women to study at the master’s level.

Against the culture of keeping womenfolk away from development, the rulers of Swat state (1917-1969) encouraged female literacy, the first step on the way to progress, by establishing girls’ schools and colleges. The valley had the highest female literacy rate as compared to neighbouring districts.

After the fall of the Taliban in Afghanistan, their repressive activities started getting support in the Pakhtun areas of Pakistan along the Durand Line. Swat is among the more recent victims of Talibanisation. The secular nature of Swati society is slowly and gradually leaning towards extremism.

The clergy first started speaking against girls’ and women’s education through unauthorised FM radios and at public gatherings. But as they got more emboldened, they attempted to stall female education — and eliminate the presence of girls and women in the market — through fiercer means including bomb blasts. Many schools have been destroyed in this way.

Then they turned their wrath on women doctors and the female nursing staff in hospitals warning them to observe strict purdah, confine themselves only to wards for women and not to attend calls on their cellphones. The medical superintendent of a group of hospitals complied with the order and circulated a notice to the entire female staff telling them to do as they had been told. Women patients and visitors were also advised to conform to Taliban instructions.

Militants also ordered the segregation of students at the Saidu Medical College, telling the principal to keep away women students from research labs after a certain time. Meanwhile, another college refused to take in women because of the continuous threats of the militants from 2007 onwards. Militants regularly monitor hospitals and colleges. In fact, working women and those attending school or college, or going to the doctor or in the marketplace are given a bad character by the militants.

Indiscriminate mortar shelling has hit houses and killed and injured civilians. In these, the toll for women casualties has been higher since they are more often at home, while unannounced road obstructions or curfews have made sudden medical emergencies, especially among pregnant women, difficult to be attended to. As a consequence women have lost their newborns as they have not been able to make it to the hospital in time. Besides, with their men also casualties of militancy, many of them are losing breadwinners in the family.

The threatened closure of educational institutions has proved to be the last nail in the coffin. The mindset of the militants — who routinely resort to the violation of fundamental rights in order to accomplish their goal — is clear and their misused and illegal authority has led them to establish a state within a state. Swat is not a no-man’s-land and is very much an integral part of the country. By tradition its inhabitants are not religious bigots. In fact, society in Swat is more civilised and accommodating of opinions than the rest of the Pakhtun belt. Islamabad should understand that and break its silence to take assertive action against the militants if it does not want Talibanisation to engulf the area and paralyse the entire structure of society.

Where are all the international and national human rights organisations and women rights groups? They must raise a collective voice against this victimisation of Swati women and girls. It is also time for the media to take drastic steps to highlight the current lot of Swati women whose repressive treatment should also serve as a wake-up call for women parliamentarians to take an active part in rescuing them from the spread of a venomous culture.
By Khurshid Khan