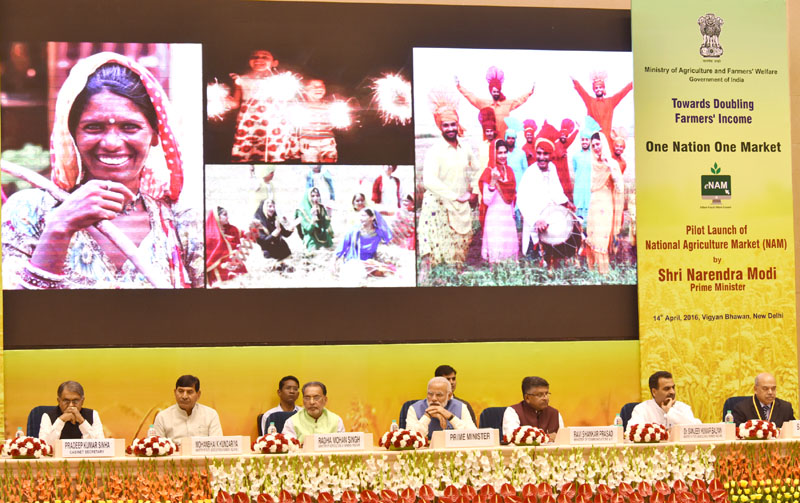 This Initiative Will Usher In Transparency: Prime Minister

New Delhi (PIB-GR-TYP-BIN): The Prime Minister, Mr. Narendra Modi addressed a gathering of farmers at the pilot launch of e-NAM – the e-trading platform for the National Agriculture Market on April 14.

21 mandis from 8 States have joined e-NAM from today. He said this initiative will usher in transparency which will greatly benefit the farmers.

Mr. Narendra Modi said this is a turning point for the agriculture community. He said the agriculture sector has to be looked at holistically, and it is only then that maximum benefit of the farmer can be ensured.

The Prime Minister explained to the farmers, various initiatives that have been taken, and what more can be done to raise agricultural incomes.