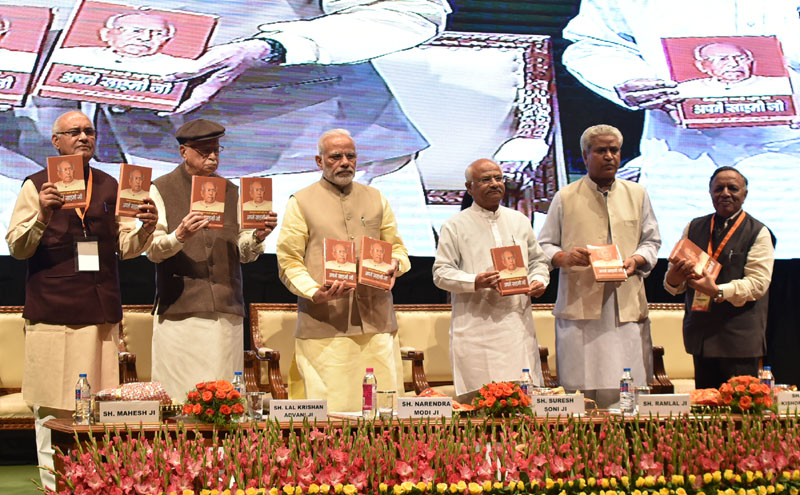 The Prime Minister, Mr. Narendra Modi releasing the book on the life of Late Shri Kedarnath Sahni, in New Delhi on November 22, 2016.

Speaking on the occasion, the Prime Minister recalled several anecdotes about Shri Sahni. Expressing concern at the decline in moral values in society and in public life, the Prime Minister asserted that corruption and black money cannot be accepted as a part of the system. He said that we must think about the future of the nation, and not accept any compromise on corruption.

Filed under: Geopolitics, News
Share Tweet Pin G Plus Email
previous article: Answers Are Not A Right To Anyone
next article: WCD Organizing Workshops To Empower Women Journalists To Act As Agents Of Change: Maneka Gandhi