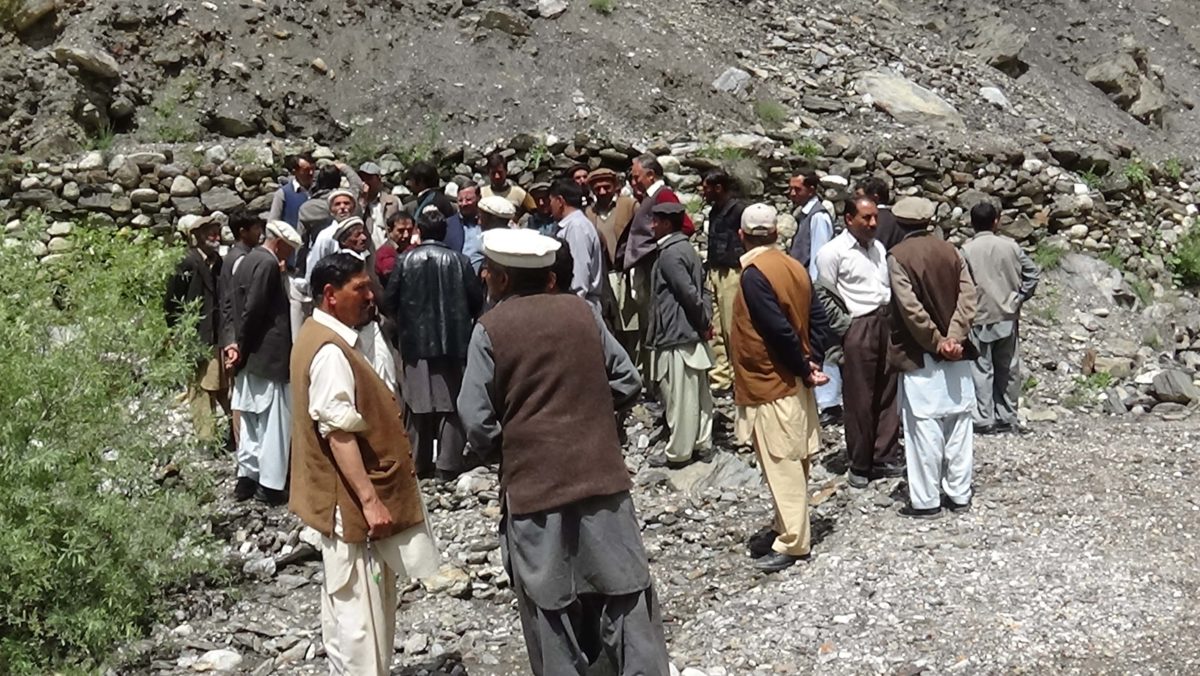 CHITRAL: Member Provincial Assembly (MPA) Saleem Khan inaugurated Hassanabad RCC Bridge. In this connection a simple but prompt function was also held at Hassanabad village gateway of Sosom and Karimabad valleys. Addressing to the function former Nazim union council Shoghor Shukoor  Muhammad said that this bridge was damaged by tremendous flood in 2010 and people had arranged a temporary wooden bridge but due to raising of water surface in the river people cannot cross  it in summer season.

MPA Saleem Khan while addressing the opening ceremony of the bridge said that some 5.5 million rupees have been released for this purpose and its tender also awarded by Communication and works department. He stressed on local people to monitor under construction works of the bridge to ensure it work of best quality. He said that he opened a number of developmental networks in the valley including high school, bridges and link roads. He assured local people for his fully support in construction of road of this valley which is in a very dilapidated condition. On this occasion MPA directed concern engineer for strictly check of this bridge so as to avoid from using substandard quality materials.

Local people thanked to Saleem Khan for approving fund for this bridge which was a long awaited demand of the entire valleys.  Saleem Khan also visited the site where new bridge will be constructed. it is worth to mention here that a few weeks back residents of the area had protested and sit in as protest against elected representatives and they had started its construction on self help basis to record their protest.