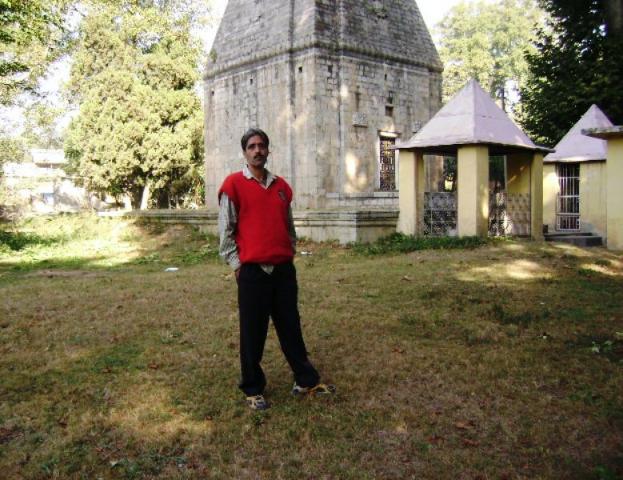 Jammu, December 04 (Scoop News) – Prem Nath Bhat Memorial Trust (PNBM) has intensified the campaign to press the state government to move the bill Kashmiri Hindus Shrines, Temples and other Properties, Maintenance, Preservation and Management Bill" in the ensuing session of the state legislature.

The campaign launched by Pt Prem Nath Bhat Memorial Trust (PNBM), for mobilization of public opinion in favour of early passage of Kashmiri Hindus shrines and religious places safety bill has been receiving over whelming response from all sections of the people.

The dire need for early passage of Kashmiri Hindus shrines and temples maintenance bill was emphasized at a seminar on the subject, organized in today, by Prem Nath Bhat Memorial Trust. The two prominent thinkers, writers and opinion makers in the Kashmiri Pandit Community viz Dr RN Bhat and Dr KL Choudhary dwelt at length on two major aspects of the topic viz unabated encroachments and vandalism of religious places of Kashmiri Hindus in Kashmir valley, for last 21 years, in the wake of their forced mass exodus from the valley and the urgency to pass the bill providing for a fool proof mechanism to reclaim the already encroached religious properties of Kashmiri Pandits and check their further encroachments by the unscrupulous elements.

It was demanded that on the pattern of Aqaf Board, that maintains and manages Muslim religious properties in the State and Sikh Gurudwara Prabandhak Board and Committees that look after Sikh religious places, statutory bodies should be constituted to look after, maintain and manage Kashmiri Hindu religious places and properties, in . Towards this end the first step to enact legislation for the purpose should be effected without any further delay.

Yash Bhasin a Trustee of Prem Nath Bhat Memorial Trust and Convener of the program, in his address, stated that the need for constituting bodies for the maintenance, control and management of all Hindu religious properties in the State should be delinked from constitution of similar bodies for the management and maintenance of Kashmiri Hindu shrines, temples and other religious properties in Kashmir Valley. He added that since the forced mass exodus of Kashmiri Hindus from the valley, their shrines, temples and other religious places are unlooked for and unprotected. Taking advantage of this unfortunate situation, the unscrupulous elements have encroached upon this property and are continuously doing the same. Hence there is urgent need for a mechanism and regulation to protect and manage these places.

The speakers also emphasizes that the passage of the bill in this regard and constitution of the bodies for safeguard of religious properties of Kashmiri Pandits in Kashmir will be a biggest confidence building measure, towards the move for honorable and dignified return of migrated Kashmiri Pandits , to the valley, with full sense of security and freedom of thought and expression.

On this occasion two prominent non professional journalists of the State namely Sh. Daya Sagar and Sh. Opendar Ambardar were conferred Prem Nath Bhat Amateur Awards 2011. The Awards were given away by Sh. Raman Balla, the J&K Minister for Revenue, Relief and Rehabilitation, who was the Chief Guest on the occasion.

Conferring of Prem Nath Bhat Memorial Amateur journalists Awards has been a regular annual feature. The same was instituted as back as in 1990 and since then about a 100 prominent non professional journalists have been given away this award.

Dr.  A , Chairman of the Trust in his address threw light on the aims and objects of Prem Nath Bhat Memorial Trusts and the personality of Amar Shaheed Prem Nath Bhat, who had laid down his life for the cause of national unity, communal brotherhood and higher human values. He was assassinated on 27th December 1989 at Anantnag, bythe religious fundamentalists, whom his preaching’s of humane values, love for mankind, religious tolerance and national unity was unpalatable.