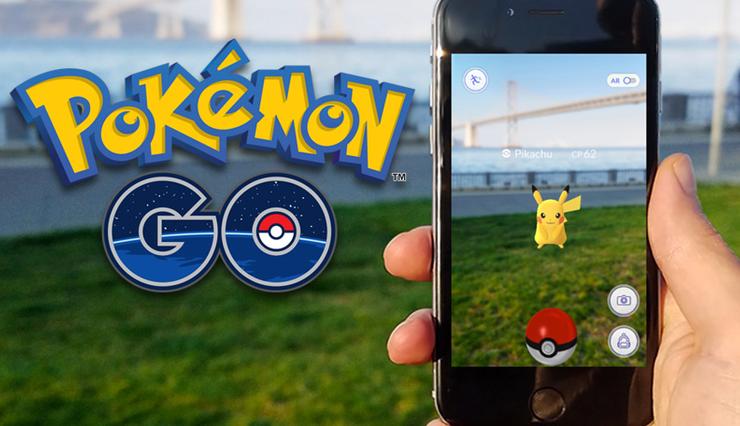 It’s a world turned upside down today. Fourteen year olds are dating online, and thirty year olds are out on the streets chasing their favorite Pokémon characters.

Pokémon Go is a location based game developed for Android and iOS devices. In the game, the player uses the device’s GPS and camera to capture and battle the Pokémons which appear on the screen as real world characters. The game has captured markets and people are going head over heels for it, well at times literally.

The game has received many praises as it is so compelling that it makes people leave their couches. It has led the youth to become active and go outdoors to catch’em.

A new term called Pokewalk has been coined. Pokewalk has turned out to be a way for weight loss too. In the search of Pokémon, people have been reported to have walked miles and are also getting rewarded with a loss of flab.

Besides accidents, the game has also led to players getting into horrifying situations. In an attempt to catch a water based character, a 19 year old strode towards the banks of a lake and discovered a corpse lying. It was recently found that a 22 year old web designer fell on the sidewalk and fractured her ankle while trying to catch a pikachu.

Here are six things NOT to do while playing Pokémon Go:

1. Do not install a pirated version

The official release of the game has been initiated in a few countries. While fake or pirated versions are available worldwide, do not install them as they can be malicious. Wait till it releases officially in your region.

If you visit online marketplaces for services like StarOfService and many others, you’ll find a whole bunch of experts who can help you in installing the game. It makes sense to hire an expert to save you from bad installations.

2. Do not catch while you drive

The craze for the game is unstoppable. No amount of driving rules and safety awareness has been able to stop people from capturing Pokémon while driving. Park your car, Go.. Catch’em all!

News has it that a lot of accidents have been caused by Pokémon hunters. Crossing roads in chase of Pokémon,  oblivious of the traffic around you might cause troubles. Watch out!

Do not trespass into someone’s private property in an awe to capture your favourite character. Remember, the GPS does not know that Trespassing is strictly prohibited.

5. Beware of the cheaters

There are several businessmen trying to make money out of the game. They lure players with rewards on the purchase of in app packages, which seldom are fake and players get caught in the bait easily. While most of these offers are fake, a few are genuine. Be careful while you choose.

While you might spend days and nights walking miles in search of Pokémon, wait and look around. Spend a little time with the people that matter and let the virtuals rest too. Remember, virtual can never be real.