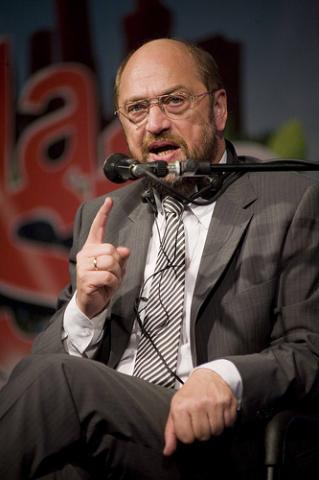 “In what kind of country are we living and how pathetic are the media here, if an article like this had to be written by an internet portal with a poodle in their logo? – in these humble words a popular Polish gossip portal “Pudelek”decided [1] [pl] to join the ACTA discussion with a post on February 10, accusing the Polish mainstream media and the local celebrities of missing the point and of ignorance in the debate about the controversial legislation. Meanwhile, on February 11, ACTA protesters took the streets [2] in many European countries, including Poland.

It has been almost three weeks since January 24, when Polish netizens started [3] their protest – which soon turned Europe-wide – against the international agreement that, according to them, presents a threat to internet freedom. Numerous internet initiatives [4] [pl] and massive live protests [5] on the streets of many Polish cities induced a debate [6] [pl] about the “generation acta” and their motivations.

While major information services published political analyses and focused on the events that shaped the debate (e.g., Anonymous attacks [7] [pl] and deputies of a certain party wearing [8] [pl] Guy Fawkes masks [9] in the parliament), the most popular Polish gossip portal decided to speak up [1] [pl] on the “real motives of the raging young people” in an article called, “ACTA: How celebrities lost contact with reality.”

So let’s write about what is not being spoken out – about what is the real reason for the protest and anger that suddenly surprises everybody now: the Internet “piracy” for private use is today the only way for millions of young Poles to live at least a bit like their collegues from Western Europe. To have access to culture, entertainment, to be able to watch a movie on the computer with the girlfriend. This is actually not only a Polish problem. This is a problem of the whole young population in Europe that doesn’t have any chance to do a career like their parents did and buy the same apartments they once bought. Everyone who went lately to Italy, Spain, Portugal or even France or Great Britain and took a look at something more than monuments, knows that. In Poland, where almost everything is more expensive than in the West and salaries are three times lower, it is especially visible, like looking through a magnifying glass. But for some people it is apparently not clear enough, even after massive demonstrations with -10°C cold.

The portal criticises some celebrities for their statements about the protests and for defending radical copyright and calling file-sharing a “theft” – while being so well off with money. The authors also ask [1] [pl] why the media coverage of the movement isn’t big enough considering such a massive scale of the protests:

Why aren’t TV stations shouting about it? 30,000 people chanting, jumping on frost in Krakow! What happened in the last years that, according to them, was more important than this?

The portal recalls [1] [pl] a couple of YouTube videos showing the recent protests, stressing that these are just a few examples out of many, many more. Here is an example showing 30,000 protesters in Krakow, uploaded on YouTube by skitowiec on January 26, 2012: http://youtu.be/UGd8TJj3xek

hese are just a couple of videos. Do they make you reflect? If somebody doesn’t appreciate this, belittles it, it means that he’s completely not up-to-date and doesn’t understand what actually happened here. What does this civilisation offer to young people if it takes cheap culture and entertainment away from them? Does it offer a good job? Perspectives? You got to be kidding me.

The reaction to the post was enormous: the article has reached nearly 7,000 supporting comments and 8,000 shares on Facebook. The compelling post caused also an immediate reaction from the mainstream media. A journalist of Gazeta.pl [10] [pl], Pawel Wronski, published a mocking article titled, “On the barricades with a poodle” [11] [pl], in which he stressed the tabloid character of the medium and its attempt to comment on a serious matter. The reaction of the readers in the newspaper’s forum was devastating [12] [pl] for the journalist. Also Pudelek itself answered [13] [pl] with another post:

It’s hard to accept the truth, especially when it comes from a pink gossip portal. But what does it have to do with anything? It’s just about millions of people who can read it now. Because it’s not our own opinions we wrote down here. We wrote down what you [readers] have been sending to us in thousands of emails. […] The problem is that we wrote the very thing that you [the media] were afraid to write […]. How can you be sure that you’re expressing somebody’s voice, that you can look down on millions of our readers with distaste and that you are an authority for anybody? Do you think that smart people don’t read gossip?

I’m impressed that somebody finally had the courage to write it – it’s just a pity (no offense) that it had to be the editors of “Pudelek” and not “the free TV and facts for people.” I will give a real-life example: I’m studiyng film and theater. We are required to know all the film history. If I had to watch legally all these movies that they need me to know, I would have to spend [too much money]. But that’s not a problem for the state or the university as long as I have internet access – because they assume that I can afford it. I wonder how they imagine such education after implementing ACTA, if the university is not able to make these materials available and the state doesn’t give a damn. It’s sad, really sad.

Karolina, for whom the article was the first she read on a gossip portal, comments [1] [pl] under the post:

For the first time I’ve read an article on “Pudelek.” A wise and balanced text. A text describing the world of celebrities whose only contact with poverty is limited to attending a charity gala. It’s a weird country, Poland.

I was very happy to see that you took our opinions under consideration and wrote about the ACTA problem. Because although this doesn’t concern only young people, the older didn’t make the effort to read even a bit. They watch TV and there of course the cameramen film in a way to show the least people (seriously!) and they don’t say: Poles went on the streets – but they say: somehow not so many people showed up for the protest. They marginalise the problem, labelling it to youth, to the internet, to pirates, to thieves. Thieves are the big corporations, bankers and dishonest politicians.

Blogger niekontent doesn’t believe in charitable intentions of the gossip portal and reminds [16] [pl] them that the mainsteram media actually provided a pretty big coverage on ACTA:

Here is the news: with all my respect for the talented editors, but “Pudelek” doesn’t touch upon such topics as ACTA unless they become relevant (meaning “interesting,” meaning “clickable”) for the street. This is the logic behind a service that achieved a huge success based on this simple mechanism.

A truth hard to deny, but still, the immense reaction to the post on a portal that normally writes about movie stars’ break-ups and best Grammy outfits, should make the media reflect on their overall condition. Are they mirroring the voice of the young generation, are they able to listen? To some extent, young Poles consider the protest an occassion to express their anger against the political elites and the reality they have to live in day by day.

It’s sad how much Gazeta Wyborcza, one of the most important representatives of the so-called “old media,” stopped to understand the young generations of Poles, those who grew up with the internet. What is worse, sometimes I’m afraid that Gazeta Wyborcza (generally speaking, not individual people) stopped to understand what internet is about. […] It’s sad that one of the most aggresive and uncompromising tabloids, which “Pudelek” is, became an authority for a mass of young Poles. […] What is also sad is that the voice of “Pudelek” in this debate sounds just stronger, more honest.