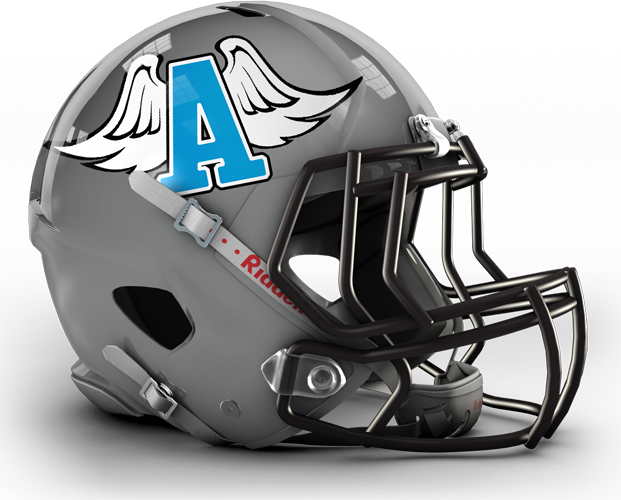 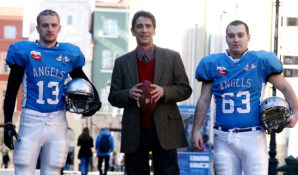 After improving the last two seasons, and finishing only game out of making the Polish League of American Football Div-2 playoffs in 2013, the Angels Toruń from Poland have taken another step in reaching that goal with the hiring of American football coach- Bill Moore.

54-years old Moore, an American with NCAA Div-1 experience, having worked at Bowling Green State University of the Mid-American Conference as an undergraduate assistant for 4 years in the late 90’s brings an impressive resume along with him. Having guided teams in Austria, Finland, and Germany, he brings a Head Coaching record of 72-38-1 with him as well as 3 Division titles and 1 National Div-2 Championship, won in Austria. Known as a no nonscence coach who emphasizes good technique and understanding the game situations to his players, Coach Moore really looks forward to this years season.

“When the chance to come Poland presented itself, I jumped at it. Poland is relatively new to the game of American football but already the Polish brand of football is making its mark. The fan base is growing and the players in Poland are known as athletes throughout Europe. The players I have been with in Torun are no exception. These guys are fast, excellent athletes, and have no fear of hitting anyone. I fell very fortunate to be here.  As far as the people I have met and the city of Toruń, I couldn’t have been luckier. I have seen a lot of Europe and this city, and the people in it, rival any city I have been in. I have only been here few days but I feel more at home here than the 6 seasons I was coaching in Austria”- said Moore.

foto. Patryk Młynek/ Polskapresse
Bill Moore with the Angels Torun players at the monument of Nicolaus Copernicus in Toruń

Moore come from Germany after going 14-5-1 with the Wernigerode Mountain Tigers in Germany the last two seasons.
“This team is probably the most interesting club I have had  in Europe. Even though we are a little undersized on the offensive and defensive line, we are very fast and there is an old saying in the States, and that is, “speed kills”, and this team has speed. The one thing we do lack is the overall experience since this is only the third year that this club has been playing.
We need to get better in the techinque aspects of the game and we need to use the overall team speed to our best advantage. Also, from what I already have seen, we need to become better at understanding what is in front of us in terms of game situation and we should be doing according to that situation. We have one goal and that is to qualify for the PLFA 2 playoffs. If we can get that done then we have as good a chance as any of the 24 teams in the PLFA 2 to win it all”- when asked about the this season and the future of the club.

”Because of the schedule of the PLFA 2 we have only 6 league games and this makes every one very important as to making the playoffs. We have a 3 friendly games before season. We are playing both Div-1 finalists opponents so we can play against competition that will test us. This friendly schedule is going to be a very good barometer as to what we need to get done before we enter into our league schedule.

If we can stay healthy and keep improving and learn some things during our friendly’s we should be knocking at that playoff door. 4-2 last year wasn’t good enough to get us in so we are going to have to be at least one game better than last year. As far as the future of the club I really can’t say because, unfortunately, I left my crystal ball back in the States. What I can say is that we will work hard, we will improve, and that we will give 110% on every play of every game. Everything else will take care of itself”.

The coach is not only limited to the senior team, the team plans to further develop junior (13-17 years), recall, before the season young Angels advanced to the Polish Cup final. Also thinking about the introduction of the flag football – non-contact varieties for children and cheerleading program in schools.
First meeting of the League in PLFAII Toruń play in Słupsk Griffons May 3. Debut season in 2014 before their own fans, and is in addition the combined forces of reserve champion of the 2012 Polish Gdynia Seahawks and Sabercats Sopot – the Seahawks Sopot will take place on May 24. 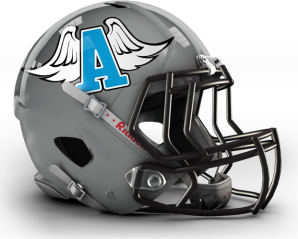