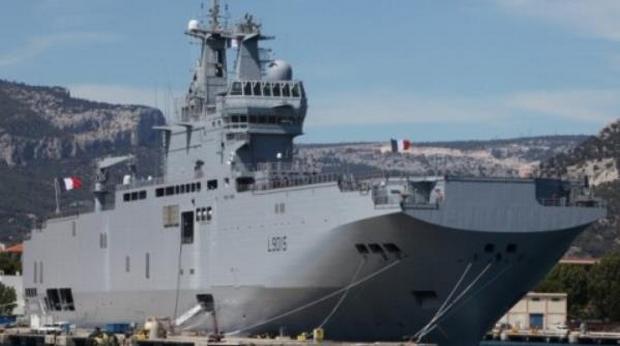 Poland doesn’t cherish illusions about reasons and perspectives of the conflict between Russia and Ukraine. Poland, unlike other carefree European countries, took a position to increase pressure on Russia. Poland has not forgotten how difficult it was for it to get rid of communist legacy. That’s why Poland fights for Ukraine. Unlike most of the Europeans, Poles understand clearly how dangerous is the “Russian world” doctrine. You may see the first results of Russian propagandist influence on the Crimea and the South Eastern Ukraine. What had happened to the inhabitants of the Crimea and the South Eastern Ukraine when they suddenly felt deprived of their civil and human rights, after they had been living for 20 years in independent Ukraine? The answer is simple: nothing had happened, but some Ukrainians have appeared less independent from Russia and its influence than the others.

Most of the Ukrainian people realized the fact only when they had made ​​their own choice and this choice was not acceptable to the Kremlin. Cynical and deceitful propaganda of Russian state TV channels has persuaded Russian-speaking population that new Ukrainian authorities don’t respect their rights, hate Russia, and want to exterminate Eastern Ukrainians. Russian message is clear – only Russia can save them. Russian media tell lies about Ukraine every day.

While the Old Europe hopes to evade confrontation with Russia, Poles are fully aware that it’s an illusion. They know well that the Kremlin will do anything to achieve their goals. Putin threatens Poland and the Baltic States repeatedly and openly. Poland considers that Europe should take more effective measures to stop Russia, even if economical costs are high.

That’s why Poles stand emphatically for increasing pressure on Russia to force Putin to stop destabilizing the situation in Ukraine and withdraw Russian troops. The Polish government issued an ultimatum to France demanding to cancel the contract with Russia for delivery of the newest amphibious assault helicopter carriers “Mistral”. Poland threatens not to sign a six-billion-euro contract with France in the missile defense sphere. There are two finalists of the Polish defense missile tender – US company Raytheon and French company Thales. Polish defense Minister Tomasz Semoniak warned in interview of Rzeczpospolita newspaper, if French helicopter carriers would be sold to Russia, Poland would prefer non-French military suppliers.

The 3-rd package of sanctions being imposed against Russia, the President of France was forced to announce that the final decision about the fate of the “Mistral” contract will be made in late October, and it will depend on the situation in Ukraine. US had already suggested buying these carriers for the needs of NATO.

However, there is a disturbing statement of the Deputy General Director of “Rosoboronexport” Igor Sevastyanov that the deed of conveyance of amphibious assault ship of “Mistral”-type “Vladivostok” must be signed by the end of October in Saint-Nazaire. Some people who are working in shipbuilding sector of Russia tell that the first ship will be delivered to the customer on November 4, 2014. The second amphibious assault ship named “Sevastopol” is planned to launch in Black Sea. According to Russian military men’ statement Russia could win the war against Georgia in some hours if it had such type of ship at its disposal. Still now 400 Russian seamen have already finished study on one of the amphibious assault ships in France.

This contract fulfillment will be damaging for political, military and strategic reputation of France. Paris may lose Polish arms market. It’s a lot of money. Due to the situation in Ukraine, the Polish government is planning a large-scale military equipment modernization. It will allocate 33.6 billion euro to purchase armored personnel carriers, submarines, drones and a new anti-missile shield.

It’s time for France to make a decision, and it will be very sad if the decision would be made in favor of Russia.