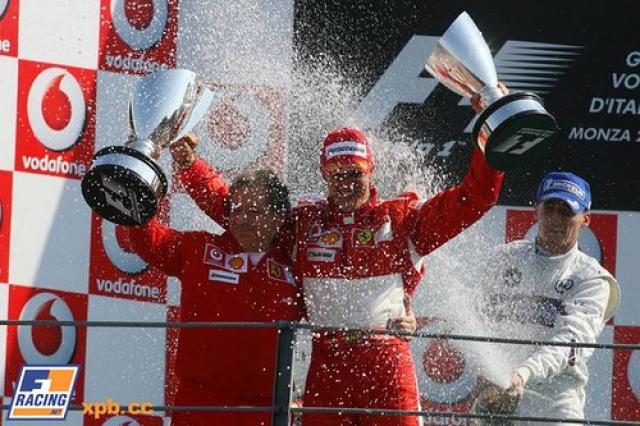 Poland’s Robert Kubica has won his maiden Formula 1 race in Montreal, round seven of the Championship.

With BMW targeting their first win this year, Kubica delivered with calm while other Title rivals lost theirs.

The race started with McLaren Mercede’s Lewis Hamilton converting pole position to an early lead, with Championship rival Ferrari’s Kimi Raikkonen following suit. The Ferrari seemed to have better pace over the McLaren, but that would come to nothing with a dramatic first round of pitstops.

With an early safety car invervention, Hamilton, Raikkonen and Kubica all came in for their first stops. With the infamous red light on at the end of the pitlane, indicating drivers cannot leave until the safety car line passes.

Hamiltion fell behind both Raikkonen and Kubica with a slow stop, and upon exiting did not notice both Kubica and Raikkonen had stopped. Unfortunately for Raikkonen, Hamilton rear ended the Ferrari, effectively ending the race for both drivers.

With that action over BMW took the opportunity and made the most of it. With Nick Heidfeld on a one stop strategy, it seemed he was set for his first race win. But with Kubica on the two stop strategy, had the better tyres and pace for most of the race, and duly took the race lead after his second stop. He didn’t look back.

There was conjecture over the weekend whether the track would hold up. It had started breaking up on the Friday practice sessions, with most drivers holding no faith in the bitumen lasting the weekend. But race organisers re-laid the track saturday night and did an excellent job with preserving the tarmac for the race distance.

But still conditions were tricky, with experienced and youth falling trap with balls of rubber laid off-line over the circuit. Alonso was one big name who hit the wall, ending his race, with his team mate Nelson Piquet shadowing Alonso for a while before spinning and retiring as well.

Red Bull’s regular points scorer Mark Webber had a horrid race placing outside the points. But his experienced team mate David Coulthard came out of nowhere with a fantastic strategy to place third in the race, the first podium finish for Red Bull this season.

With Kubica claiming his first victory and BMW’s first as F1 constructor since 2006, BMW Technical Director Mario Thiessen said the team’s target for 2008 had been met. But with only one third of the season completed so far, you can not help but feel the German car giant will be a force to be reckoned with for the rest of the season coming into 2009.

With Magny Cours coming up in two weeks, Kimi Raikkonen will be looking to start his European season as he did last year at the French circuit, with a resounding victory over team mate Felipe Massa.

With Lewis Hamilton bagging a ten place grid penalty, you can not help but feel Kimi will be back bagging some points after two dissapointing past rounds.