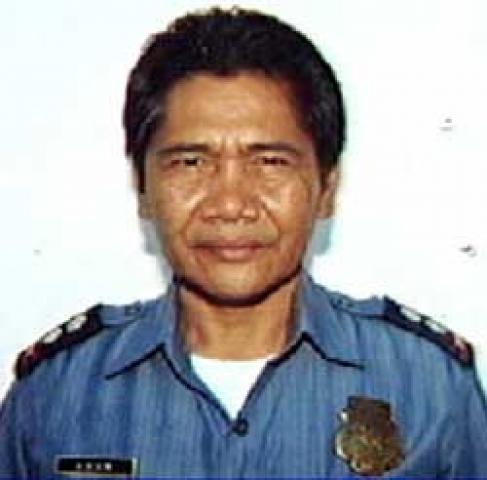 Former Maguindanao provincial police director Superintendent Piang Adam, who escaped from the provincial jail here Tuesday, is cousin to both the police director of Sultan Kudarat and the jail guard who allegedly helped him escape. PNP spokesman Chief Superintendent Leonardo Espina said the retired police officer was last seen around 4 p.m. Tuesday in the custody of jail guard Tahak Kadalum. Adam is among several active and retired policemen accused of supplying millions of pesos worth of weapons and vehicles to the powerful Maguindanao clan, who are accused of masterminding the November 23 slaughter of 57 persons, including 32 media workers, in Ampatuan town. Several of these diverted weapons are believed to have been used in the massacre. Adam was Maguindanao provincial director when a fire gutted the supply room of the 1508th Provincial Police Mobile Group office located at Camp Datu Akilan Ampatuan, in the provincial capital of Shariff Aguak, in 2008. The charge sheet against him said 109 firearms that Adam had reported destroyed in the fire later turned up in the arsenal of the Ampatuan clan. Adam is also facing a separate complaint with other officers for their failure to return two Toyota Hilux patrol jeeps and seven motorcycles issued to them.