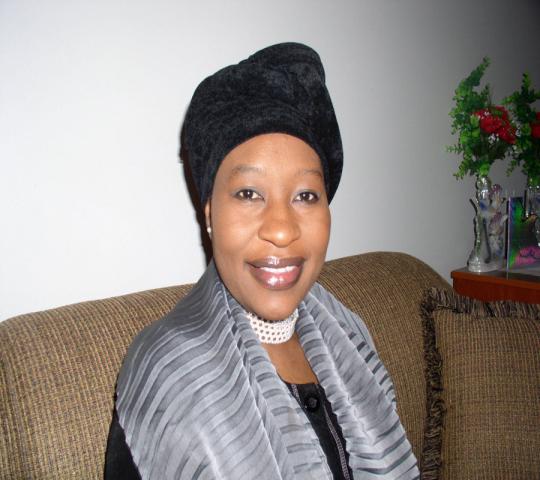 Following reports that Shalton Yotham Ngwenya sent a tribal racial hate message to Viomak in a discussion about Owen Maseko’s Gukurahundi paintings and his arrest, the protest singer has confirmed that after reviewing the hate message, the police officer who recorded a statement of the incident confirmed that Ngwenya committed a crime under the Malicious Communications Act with constructive intent to cause distress. Viomak has confirmed that she will pursue the case from this point.
The protest singer filed the police report against Ngwenya after he sent her the hate message degrading her and Asians on facebook. Coincidentally a few days before Owen Maseko’s arrest the singer was tormented on facebook by some Ndebeles for composing a song about Gukurahundi  in which she narrated how human rights abuses started during Lobengula’s era and how  Mugabe continued with the human rights abuses in Matebeleland. This irritated some Ndebeles as some of them prefer to hear that Mugabe is the only human rights abuser Zimbabweans have known.
In the latest development Viomak confirmed that the  police officer explained that “Malicious communications Act applies to offences committed from the 11th May 2001 onwards which state among other terms that any person who sends to another person  a letter, electronic communication or article of any description which conveys a message which is indecent , is guilty of an offence if his purpose, or one of his purposes, in sending it is to cause distress or anxiety to the recipient or to any other person to whom he intends that it or its contents or nature should be communicated.”
The well known tribalist Shalton Ngwenya, is said to have harassed the singer after he ran out of facts in the discussion and became dangerously abusive after Viomak wrote a comment calling for artistic freedom of expression to be respected as she responded to a topic on Owen Maseko that was posted by a Zenzele Ndebele on facebook. Artist Owen Maseko was arrested in Zimbabwe for painting the story of Gukurahundi exposing Mugabe for the abuses in Matebeleland.
In the meantime Article 19 has reiterated that art in any form, constitutes a key medium through which information and ideas are imparted and received. Artist Alert, launched by ARTICLE 19 in 2008, highlights cases of artists around the world whose right to freedom of expression has been curtailed and abused, and seeks to more effectively promote and defend freedom to create.
As they discussed Owen’s gukurahundi paintings the outspoken singer and activist wrote that,
“ Isn’t it unfortunate that this (Owen’s arrest), has come at a time when I am being hated and blamed for my song Gukurahundi. Those who have arrested him see something wrong in his paintings in the same way those who are hating me for my lyrics see something wrong about my lyrics. If those who are hating me for my lyrics were leaders today I would have been arrested too. What were people going to say? Arrest her for her artistic expression? This is exactly what I was disagreeing to. Let us all be tolerant of different views even if we don’t agree with them. Is this now artistic expression because Owen has been arrested?  Are my lyrics not artistic expression? Anyway, Owen should not be terrorised, tormented or arrested for his views. THOU SHALT NOT SILENCE OUR VOICES. I am doing what I can from here to make sure that Owen is set free”.
The comment irritated some Ndebeles many of who had previously verbally abused her over the lyrics of her song Gukurahundi.
Aware that he could be committing a crime Ngwenya quickly deleted the abusive public comments only to send her one last message below privately in her message box.
“ITS ONLY ASIANS, WHO CAN FUCK AN UGLY SWINA BITCH LIKE YOU, FUCKING BITCH!!’’
In one of the comments that he deleted Ngwenya falsely claimed that the singer who comes from Manicaland ulutated as Ndebeles were being murdered by Mugabe and the Shonas in Matebeleland.The well known tribalist who also has ties to Mthwakazi ,a Ndebele group that advocates for Mugabe and Shonas to be brought to book over Gukurahundi is said to be residing in Britain.
In the other comment that he deleted, after threatening the singer he demanded that she stops referring to him as his brother.
In the mean time Viomak confirmed that she also received an email from Mthwakazian editor requesting a translation of the song and reasons for singing it.She has not heard from the editor after she responded to his email.
What  protest singer Viomak is experience is what is happening to many artists around the globe some of who are regularly harassed, victimized , intimidated, tortured ,detained, censored and in some instances  killed because of their art. Artists like singers, authors, film-makers and cartoonists are targeted because of their social and political commentary. The perpetrators include political party supporters, state secret officers, and a lot of other groups like Mthakwazi or Chipangano ( as in Zimbabwe’s case ),who  strive to maintain a tight grip on freedom of expression and would do everything within their means to silence  dissenting voices.
Filed under: Music & Film, World
Share Tweet Pin G Plus Email
previous article: Gujjars asks govt to exclude STs in inter district bill
next article: Buddhist Treasure in Kashmir :Yusaf Taing