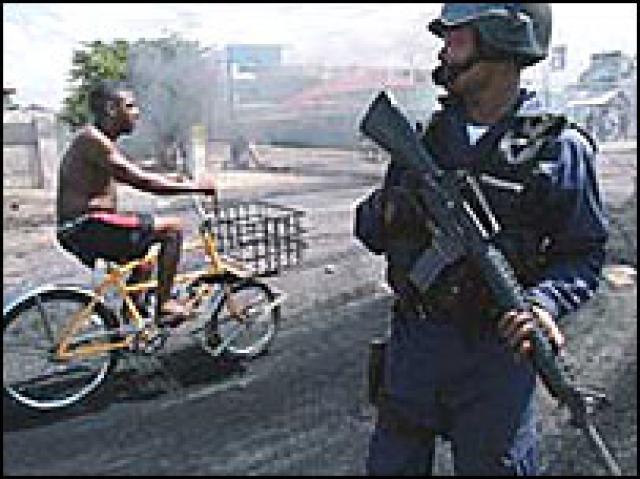 The man who was suspected by killing police Corporal Rodney Henry was cut down by members of the police force in an alleged shoot-out on Saturday, hours before the his funeral.

The dead man has been identified as 18-year-old Karan Jeilan, otherwise called ‘Fifteen’ and ‘Dugu’.

Reports coming from the police are that a team from the St Catherine South police carried out an operation in the ‘Rat Town’ area of Portmore Gardens at 3 a.m. Saturday morning when they were fired on by men. The police then open back fire at the men and Jeilan was found suffering from gun shot wounds. He was taken to the Spanish Town Hospital, where he was pronounced dead.

According to police reports, a 40-calibre pistol was taken from Jeilan who, police sources said, was a member of the Rat Town gang operating in the St Catherine South Division.

Corporal Rodney Henry was a firearm instructor at the Police Academy at Twickenham Park, St Catherine. He was killed on August 2 at his gate in Cumberland Meadows, which is also located off Portmore Lane.

His service pistol was stolen. Henry was buried Saturday in Thompson Town, Clarendon.