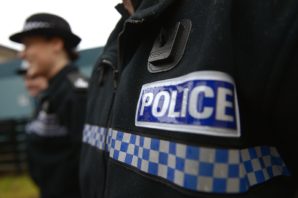 Over the past few years, police in the United Kingdom have gone to war with gaming sites throughout the country. This is definitely an ongoing trend and something that could severely hurt gaming websites in the near future. Just recently, the European Court of Justice ruled in favor of the United Kingdom in a dispute against the UK and Gibraltar’s gaming operators. Thanks to the ruling, the gaming industry is now expected to lose a large portion of its tax privileges. Previously, companies in the industry only paid a 1-percent tax on all bets placed.

Many of these advantages will now come to an end. For instance, Gibraltar will now be forced to implement a new tax regime, which was adopted by London in July of 2014. This will ultimately increase the gaming tax a substantial amount to 15-percent. The Court rules in favor of the United Kingdom, despite Gibraltar not actually being a part of the country. The court justified their decision by pointing to the fact that Gibraltar is a European territory and therefore, should face the same tax penalties as other EU territories.

In the end, the judgment will give London the ability to increase its tax revenues. This will be crucial, since the country is currently proceeding through Brexit negotiations. Simultaneously, the British treasure will accumulate a larger cut of Gibraltar’s earnings. This is huge, since Gibraltar controls nearly 60% of the global online gaming market. This will also put pressure on Gibraltar’s online gaming industry. Companies have flourished due to the loose tax laws. Now, these companies have been forced to cut expenses elsewhere, in order to remain afloat.

Simultaneously, London police have taken steps to crack down on the amount of ad revenue generated by UK-licensed gaming operators. The police have recently taken steps to implement the Operation Creative initiative. This has helps to cut down the abuse of copyright substantially in the United Kingdom. This operation is designed to combat websites that infringe on company’s copyrighted materials, including films, television shows, books, and even games. The operate is run by the City of London Police’s Intellectual Property Crime Unit and it aims to put a stop to websites that peddle pirated video games and other medium online. Sbobet and many other sites have not been impacted by the changes.

Authorities admit their actions have helped to decrease the ad revenue for licensed gaming operated by as much as 87% during the past year. This has ultimately forced UK gaming operators to find other ways to advertise their businesses, instead of relying on torrent websites to draw in traffic. Current acting Detective Superintendent Peter Ratcliffe hailed the operation. He went on the confirm that his department maintained a strong relationship with the UK Gambling Commission and would continue working closely with the group to put a stop to all illegal activities in the UK.

As gambling begins to be labeled as an addiction, more and more countries will likely follow in suit with the United Kingdom. This could lead to a harsher crackdown throughout the global market.