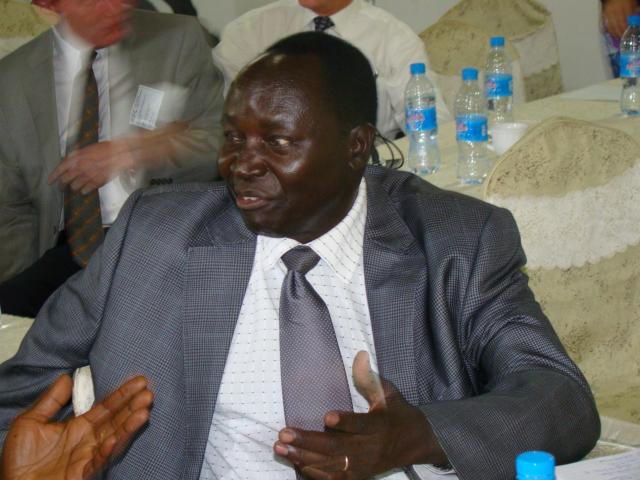 In the interviews, Dabi expressed worries and fear of polio outbreak. Dabi appealed to the parents to accept the immunization as it’s free and even does not need movement. He said that vaccinators move to door to door to make sure that all children under the age five received the vaccination. He also appealed to the United Nations International Children (UNICEF) and World Health Organization (WHO) to raise awareness in the shortest time. He said many people still did not understand the imports of the immunization.

Beside the polio, rampant cases of measles were filed in Alsabah Children Hospital Dabi said that number of children suffering from measles has risen over the last months. The records of the Hospital indicated fifty cases of measles in January, 24 in February. He said that the cases were as result of Poor Corporation between mothers in vaccinators he said that they immunizers allows experience blockage in any immunization carried.

He challenges the mothers to learn from the ongoing measles outbreak. More than fifty cases of measles were registered and the number increases daily. He said the same things apply to polio if those mothers continue blocking vaccinators from immunizing their children. He said that those children suffering from measles were those who did not undertake measles in immunization. He said children who were immunized can’t be admitted because they already have the immunity to fight measles. He expressed fear over high number of measles cases in the hospital in the last months, now six children is undertaking treatment.

Nations International Children Education Fund (UNICEF) and World Health Organization (WHO) in partnership with the National Ministry of Health at the launch of the first polio campaign 2012 has expressed commitment for routine immunization throughout the years. The first campaign kicks on 27th February 2011 and continue for four days will be followed with another campaign of the 27th March 2012.

UNICEF polio program officer Mr. Anthony Asije said that is danger of polio out break despite the fact that there was no polio case registered in South Sudan since 2008. South is among countries no polio case for the last three years.

Briefing the Journalists at the launching ceremony, UNICEF and WHO have released data on the threats and cases of polio reports from Nigeria, Afghanistan, India and Pakistan. The report has shown high polio infection from the four countries than anywhere. UNICEF director said that said that South Sudan will continue a routine Polio immunization and he ensure total eradication of polio. Polio is a poliomyelitis infectious disease cause by the polio virus. According to the report South Sudan will free from the infection in the short time.

Polio invades the nervous system and can cause paralysis or even death in a matter of hours. The Nigeria has registered more than 13 cases in 2011, Afghanistan with 24, and Pakistan with four cases, India that was on top list had no case in the last nine months. Polio free world is working hard to end the infection. Today, the Afghan people, especially women and children are not only the innocent victims of war, but also victims of deadly diseases such as polio.

Polio is an acute disease. Its infectious disease, in its serious from affects the central nervous system and by the destruction of the motor neurons in the spinal cord produces paralysis, breaking incapacity and sometimes death. As a result of polio paralysis and deformity is a familiar sight in Afghanistan. The report stated that polio was the most common cause of disability among children less than 15 years of age.

The report stated that the annual polio infection of 350000 in 1988 has reduced to 50 cases in 2010. UNICEF report indicated that America has eradicated polio in 1994, Western Pacific in 2000, while Europe in 2002. And that Africa is on process, but Nigeria is still on list of infection.

The UNICEF Director on polio program said that the WHO has put many efforts to eradicate polio, but their delay in attaining eradication goal.