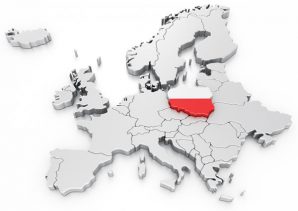 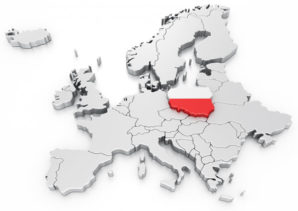 Geopolitical landscape of the European Union, shapeless, as it is, is losing the rest of stability with the withdrawal of Great Britain. Still, instability of the European space in no case should be seen as “disintegration”, despite the triumphant hysterics and wild reflection of the populists belonging to the Eurosceptic camp. After the initial shock the recovering has been amazingly quick to come. Britain has never been actually an active participant in the construction of the common European house. The role of Albion in the continental affairs is well mirrored by the cult English sitcom “Yes, Minister” where the need to make the major continental nations constantly at odds is proclaimed as the sole mission of the British diplomacy in Europe. Though, of course, with such a local “weight center” slipping the deck, the established balance of power in the bureaucratic structures of the EU may well be changed dramatically. The process is going to last for long, for nobody is in the position now to immediately strip of the leadership role Germany or even becoming somewhat feeble in recent years France. At the same time, the well-organized representative clientele comprised of the eastern EU members, with the time passing, is quite able to help the rivals of the ‘major engines’ to win in this tug-of-war. Who’ll be the patron of this clientele then? It’s no guessing game for the one keeping a watchful eye on the recent string of events in Eastern Europe. It’s Poland that is trying on this role now.

Oh, yes. I can already see the scornful grimaces of those who think of the European civilization as the area having its last frontier on the eastern borders of Germany. I have to deal rather frequently with those politically correct snobs and every time I find more evidence of the elementary ignorance being the basis of their childish snobbism. They see no difference between Slovenia and Slovakia, and your attempts to explain them that Montenegro is no Serbia at all would be always doomed to failure. Meanwhile, Poland is one of the most successful countries of Eastern Europe, having its GDP steadily on the rise during the last 20 years. At present it makes up over half of that one of Germany. The Poland’s Armed Forces rank the third in the list of the strongest armies of all the NATO countries. As for the number of modern tanks (representing the major impact force in a classical ground war) Poland goes the second in NATO after the USA, surpassing even Germany. It has more tanks than Great Britain, France and Italy put together. The Polish Air Force, apart from the upgraded Soviet planes, is in possession of 46 American F-16 jets, built exclusively for Poland in 2003-2004. These are the most sophisticated planes (even the USAF can’t boast having the newest F-16 of the latest modifications). Experts assert that maintenance of such planes comes rather costly and only the first-rate countries can actually afford it (Czech Republic, for instance, used to lease Swedish AF Gripen fighter jets). The ground units of the Polish Air Defense are also the strongest among the other NATO states. In a nutshell, the above mentioned benefits serve rather a solid foundation for regional leadership claims.

I dare to assert though that neither the boosting economy nor the military might are able to fully explain the permanently increasing Poland’s involvement in European matters. We owe that rise of the crowned white eagle state to ideology rather (those doubting the prevalence of ideas over reality in most pragmatic 21st century should visit Syrian Rakka first). Both population and political elite of Poland are extremely captivated by ideology. This is not the so popular now in Western Europe the ideological crumbly amalgamation of superficial leftist ideas based on the bourgeoisie morale. And this is not the narrow-minded unpromising nationalism that has already become sort of a visit card of some East European countries, say, Hungary or Ukraine. No, we are now facing something utterly different in that so called Polonism. It has nothing to do with this voluntary isolation within some self-created small world. This amounts rather to a systemic political line to restore the role of Warsaw within the bounds of the former Rzeczpospolita huge space “from sea to sea”, from the Baltic Sea to the Black Sea. Despite all the discord inside the so called “Vysegrad four” comprising Poland, Czech Republic, Slovakia and Hungary, those were the Poles who managed to informally occupy the leading position in this group and assume the honor of the developer of the European neighborhood policy. The vectors of this line realization are quite obvious at the regional level (Poland – Ukraine – Byelorussia and Poland – Lithuania – Kaliningrad). And they fit absolutely the historical concept “Polska od morza do morza”. Warsaw has been also actively pushing the idea of the regional armed forces of the “Vysegrad four’ under the Polish supervision. This effort resulted in signing of the military agreement by the countries of the group, according to which, starting with 2017, they are obliged to send their relative military contingents into the Baltic states under the NATO aegis. And the joint military maneuvers of LITPOLUKRBRIG (that is a brigade of Lithuania, Poland and Ukraine), held in the February of 2016, adds more flesh to the bones of the Rzeczpospolita phantom.

This is Eastern Front, we call it. Everything is more or less clear with this vector. Both EU civilian structures and NATO are readily embracing the idea of making Warsaw a regional leader as part of the project to neutralize ‘Russian political and military threat”. But, if put into reality, it will entail systemic changes in the existing balance of power in the united Europe. Obsessed with the Polonism spirit the politicians in Warsaw have been in ardent opposition to transformation of the EU into some transnational rigid structure with the subsequent loss of national identity by the European peoples. After the British withdrawal from the EU the focus of the European fighting for preserving this identity will inevitably be moved from the far European West to the European East. The fact that the fighters are being hateful of the evident impotence of France and Germany in addressing the problem of the illegal migration only makes this even more probable. Looking at charismatic, expressive Polish politicians you can well expect that in nearest perspective the Polish white eagle will pluck badly both the ageing Gaul cockerel and fattening German broiler.