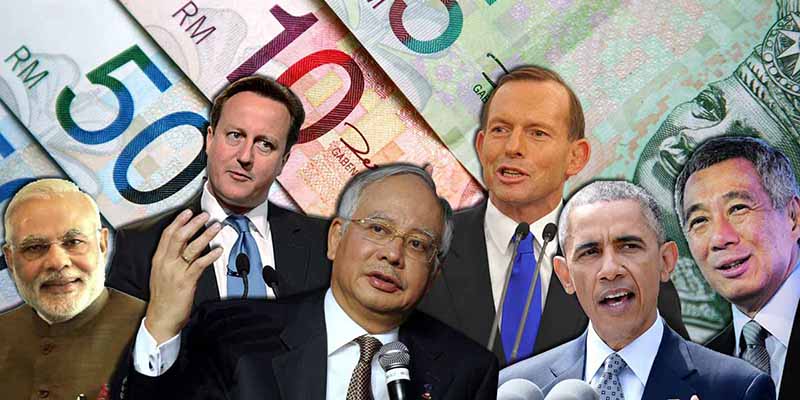 Prime Minister Najib Razak will be questioned about a donation of $700 million originating from the Middle East, the Malaysian Anti-Corruption Commission said Wednesday.
after leaked documents in July showed he received some US$700 million in his private accounts from entities linked to indebted state fund 1MDB…The agency managed to trace the source of the money, which The Wall Street Journal reported in July was credited into Najib’s personal bank accounts two years ago. Those accounts have since been closed.

The commission said the money came from a donor in the Middle East, but it has not revealed the donor’s identity. It also reiterated that no funds were transferred from state investment fund 1Malaysia Development Berhad, which is being investigated for mismanagement, to the prime minister.

“The Malaysian Anti-Corruption Commission has details about the donor from four documents confiscated from the bank when the massive amount of money was deposited into the prime minister’s accounts,” the commission said in a statement.

It wants to question Najib because the remittance was classified as a donation. “We would like to inform [the people] that the honorable Prime Minister Najib Razak will be asked to provide explanations regarding the donation he received,” the commission said.

The Malaysian Anti-Corruption Commission is an agency under the Prime Minister’s Department.