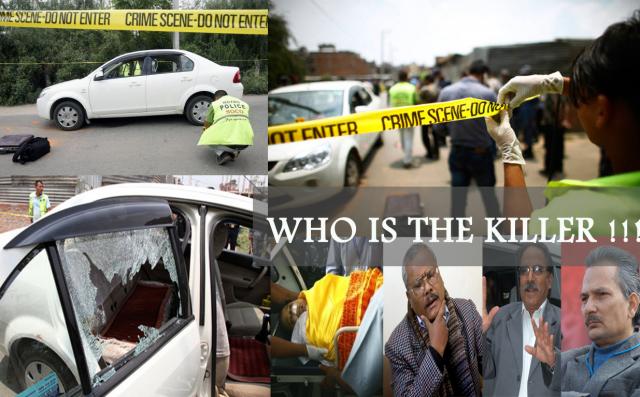 According to a report of weeklynepal.com, “The National Investigation Bureau and the Crime Investigation Department of Nepal Police found direct involvement to be Bhattarai, Dahal and Gachhadar. During investigation, the joint investigation team got the lead from the driver about the physical appearance of the culprits to be Aasta Lama who was then arrested.  Aasta Lama Culprits has a direct affiliation with the Maoist unions. From then Dahal and Bhattarai have been pressuring the Nepali police to let go of him, but due to the intensity of the crime and his involvement the police could not let him go and it is during the further investigation process their involvement came in light. The investigation process also taped the phone lines and records of all three where it proves to be vital information in the case. Due to the severity of the case and high profile people involved in the murder and the Nepal police personnel involved in the investigation were threatened and intimidated of their jobs and life.”

The final report is currently in hold by the joint commission of the investigation team where due to the involvement of the high profile people, there is a state of confusion about whom to submit the report.

Supreme Court Justice Rana Bahadur Bam was attacked by unidentified group of people in Thapathali who died. He had received four rounds of shots on his various body parts including neck, chest and belly on 31st May, 2012.

With such political situation and lack of political culture, Nepal is doomed in the terror of illegality where question are raised in and against the people in power and their ethics.