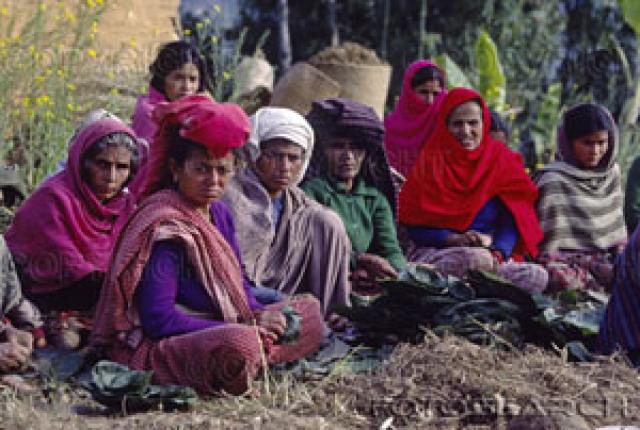 Monarchy in varied forms ruled in Nepal since the beginning era. The hereditary rule of the Ranas remained in the country for 104 years (1846 to 1950). The Ranas privatized the whole country for their familial luxuries and treated the Nepalis as their mere domestic workers. They made deliberate attempts to keep men and women away from education, knowledge and consciousness. They, instead, trained people to flatter, beg and behave in servile manner. They formatted people’s thinking and behaving patterns accordingly.

The deep-rooted influence of feudalistic mindset can be seen among all in Nepal even today to varying degrees. Although more people have become educated in Nepal compared to earlier decades, the level of discrimination against women in the country has not declined notably. Despite business-oriented glamorization and cosmeticization of women, the level of women consciousness itself has not gone up to an expected degree.

Besides, the state is the burning symbol of gender discrimination in Nepal. State mechanisms have nominal representation of women.They have maintained their view that women do not deserve more than a subordinate role.

Such a prejudiced mindset of men has further complicated the management of women issues. The unrefined mindset of educated men has still maintained women in overshadowed positions in spite of their high level potential and productivity.

Because of such gossipy and land brokering type of politics, there has been no psychological revolution in Nepal’s political philosophy. Some universities teach political philosophy and theories but the political fields have a different environment in which man-eat-man enterprises are awarded while political exercises devoted to people are punished.

Such ad hoc politics, though it has provided some space for gender discourse, has not become more than a hereditary occupation of a few families in Nepal. Women are the major victims of this ad hoc politics.

Moreover, women politicians, despite their female status, work to strengthen patriarchal systems. They teach other women to be confined to being mere men’s tools.  Educated (?) are women afraid of women’s liberation.

In the name of revolutionizing women, entrepreneurs feel free to exploit women to the greatest extent possible. They cosmeticize women and say women are free. They force women to dance naked in alcohol houses and say women are dignified. They portray women as men’s sex and entertainment tools on media and teach other women to follow the models.

According to her neighbors, Yugal Naharki, Swastika’s husband, used to frequently beat her. As bruises and other signs of beating and torture were reported, the suppression of the post mortem report alone cannot prove it a natural death.

No information has yet been available if the police have arrested suspects. However, some constituent assembly members have continued pressurizing on the state to take a necessary measure on the incident.

Such incidents are common in other parts of Nepal. Beating women to half-death in the name of witchcraft is common in the Indo-Nepal border region. Torturing women in the name of dowry is equally usual in the region.

The existing level of macro and micro discriminations against women suggests that the political revolution in Nepal remains incomplete so long as women do not reach a dignified level.

Those who think political revolution has happened in Nepal as they have obtained power are wrong indeed.