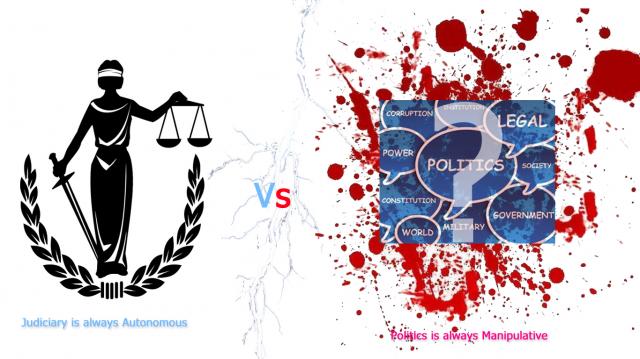 With high controversies and allegation for the extension of the Constitution Assembly (CA), the Supreme Court (SC) on Friday issued a verdict saying the term of the CA can be extended for the last time for six more months and further extension of the Constitution Assembly would automatically dissolve the CA in any case scenario. As per the interim constitution 2063 Clause 64, the Constituent Assembly term could only be extended for the last time after analyzing the tasks completed so far, and making exact judgment of the needed time required to accomplish the remaining tasks. In case the CA fails to draft the constitution in the extend term it will be automatically dissolve it. It should either go for a referendum as provisioned in Article 157 or opt for a fresh election as per Article 63 or seek a suitable alternative.

On 27 November, 2011, a total of 506 CA members participated in the voting, and 503 members voted in favor of the CA extension while three members voted against it.  With the decision, the parliament has now endorsed the 11th Amendment Bill which was proposed by the government for an extension of the CA term. This is the fourth time that the CA’s term has been extended. The CA, which was elected in 2008 with a two-year term, has already been extended three times before.

In defense the speaking in the Special Hour of the House session, UCPN-Maoist leader Amik Sherchan said, “The Supreme Court has gone against the principle of Separation of Power and it has also violated the jurisdiction of the legislative-parliament.”

Dhirendra Bahadur Shrestha a CPN-UML parliament member accused the SC of interfering in the parliament’s rights. He said that the job of the constitution amendment is the right of the Parliament and not the Supreme Court.

The current CA is based on the interim constitution that was revived by the public revolution 2008 under no policy or article allows the Constitution assembly to extend its period again and again baselessly or under any parliamentary rights.

After declaring the Republican the new CA outcaste the monarchy regime in Nepal on May 28 2008, the new CA was formed under the understanding of creating a new constitution and solving the peace process. From then till here to this day the extension and constitution has been a controversial issue raising questions against the credibility of the Lawmakers and their intentions of extending the CA time frame.

According to a report published by MIREST Nepal recently that refers to the expenses made on Peace and Constitution beginning 2007 to 2011 is to the staggering tune of Nrs. 15 Billion. It must have been more than meets the eye. Similarly, expenses made on the Maoists’ People Liberation Army  (Monthly salary, food and shelter) are Nrs. 2.44 Billion during the period. Amount spent in reconstruction of physical infrastructure is Nrs. 30 Billion. For Constituent Assembly election and Constitution drafting process Nrs.13.19 billion has been spent.

UNMIN related expense is Nrs. 13.19 Billion and fund allocated to the Peace Fund at the Ministry of Peace and Reconstruction is Nrs. 22.24 Billion.

The question has been raised against the credibility of the lawmakers and lack of political understanding regarding the Constitution of Nepal. The specific issues that were raised are still in table limited in agreements and points where people’s hopes and aspiration seems to have lacked down. The political culture seems to be very limited within the political manifesto of their parties where the political parties have no ethic and moral.  The politicians challenging the Judiciary and political manipulation taking its toll in Nepal seems very unhealthy. Politician openly threatening and criticizing the judiciary highlighting their rights undermining their standing of taking the pay and not completing the job is a question to itself. In such scenarios Nepal’s future seems doomed in the prospects of its leaders who lack of Vision, Diplomacy and political understanding. The cheap marketing stunts and popularity seems to outcry its audacity where controversies and allegation are just pointing fingers at each other’s.