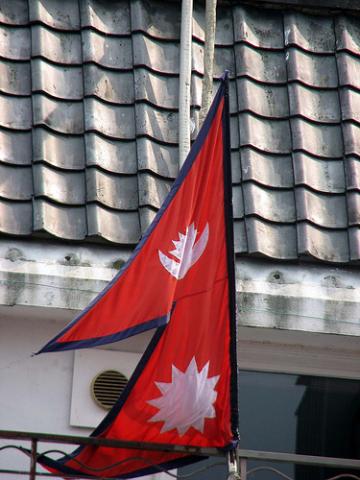 With the smuggling in of almost 40 trucks of weapons from India, ordinary people’s concern for their life security has sharpened in Nepal. They had become quite happy when the Maoist insurgents entered the mainstream peace process about two years ago. But the status-quoist forces of Nepal have never been happy since the state restructuring that would result out of the peace process would dismantle their corrupt networks and power structures. They would do anything possible to disrupt the ongoing peace process for this particular reason. Weapons smugglers would not mind benefiting from this psychological setup of the status-quoist political forces.

Reactionary forces have reportedly killed almost 60 former insurgents since their entry into the mainstream peace process. Such murders (especially the Gaur massacre in which 28 former insurgents were massacred in cold blood on 21 March 2007.) were aimed at revoking war to ultimately reverse the process of state restructuring. But the former insurgents vowed to make the peace process a success. This vow has also troubled the power-embezzlers and weapon smugglers a lot.

However, it is believed that the ordinary Nepali masses must have been observing such activities.

As the Nepal government deliberately preferred to let impunity go unquestioned, the criminalization of politics has horribly accelerated in Nepal. Even robbers, smugglers and other criminal gangs have formed armed groups under different communal and racist tags.

The Madheshi Janadhikar Forum (MJF), initially set up for an exclusive purpose of annihilating all the Maoists and Maoist supporters in the Terai region, massacred 28 Maoist party workers at Gaur on 21 March 2007. This is known as the Gaur massacre since then. The massacre took place while both the Maoists and the MJF were gathering for their respective mass meetings at the same place and on the same day. In response to this massacre, the Maoist leadership strongly reiterated their undaunted commitment to the ongoing peace process despite such efforts to revoke war in the country. In 2002 when the second peace talk was going on, the massacre of 19 Maoist party workers by the then Royal army men in Ramechhap district projected the insurgents back into war. The massacre is known as the Doramba massacre.

Nepal’s Maoist insurgents, after decade-long armed struggles with the agenda of restructuring Nepal through a federal republican system, have been in the peace process for almost two years. Their People’s Liberation Army men and weapons have been deposited in the UN-monitored cantonments. While their army men and weapons remain in the cantonments, newly formed armed groups have been organizing vendetta campaigns against them. While Nepal’s mass media have been disseminating syndicated news across Nepal against the alleged activities of former insurgents, different armed groups have been carrying out their vendetta plans in different parts of the country.

In the meantime, Maoist leader Prachanda repeated that he had shared information about the plot to assassinate political leaders. He said he was saddened by the continuous killing of his party workers while the preparations for peaceful elections were going on.

Although Nepal’s Home Minister Krishna Sitaula has viewed the coming constituent assembly poll as a bloodless revolution, dozens of people have already been killed by criminal gangs before the election. Recently, an election candidate was killed in Nepalgunj. This shows how vendetta politics is going on.

Certain sections within the UML and the Nepali Congress having deep-rooted links to monarchy began the violent politics of vendetta when Nepal’s peace process began with state restructuring and progressive agenda.

Politics of vendetta is against the peace process. The Nepalis face a big challenge. On the one hand, they must choose the agenda for the transformation of their society because it is still under medieval conditions, and on the other, they have to prevent the possibility of civil war.

Peace for the majority comes along with progressive changes. The majority of the Nepalis live de-humanized lives while few ruling elites and their relatives enjoy what they call ‘democracy’. Some even think peace comes through the genocides and annihilation of the poverty-stricken masses. They might be trying to import as more weapons as possible. Similarly, arms dealers and smugglers are said to be very active in the current circumstances. The politics of vendetta encourages such a criminal trade.

To defeat reactionary and medieval politics, it is vital for the ruling political parties to mobilize their people for the implementation of state restructuring and progressive agenda. But mobilizing their people for the sake of vendetta politics means deliberately offending the peace process.

Maoists definitely have killed people during their insurgency period. They have admitted their shortcomings. They have become a major national political organization. Their insurgency has exposed and highlighted the grassroot agenda of the Nepali society. But they have seriously lacked communication competency. Although they spend a lot of money on publicity, they still lack proper public relations. Their war-time public relations does not seem to be working at present. Therefore, so many people still don’t understand what their insurgency meant. Their agenda have become every party’s agenda. This was the golden opportunity for them to promote themselves peacefully. But they did not know how to communicate about their own agenda. Other opponents are trying to displace them from Nepal through media war. But they little understand this.

As far the state is concerned, it had killed far more than the insurgents had. Even after two years of the commencement of the peace process, the state has not given any information about the whereabouts of the citizens disappeared by it during the State of Emergency in 2001. Nevertheless, the Nepali Congress, the UML and other parties (that worked to suppress the insurgency) have not apologized to publics for their decade-long all-pervasive corruption, ill-governance, suppression, and the killing of thousands of people. This lack of political morality among the ruling forces, people usually cannot guess where it will lead them, obfuscates even the ongoing peace process.

However, hoping for the best and preparing for the worst can be the only option for the suffering Nepalis. Hoping for the best definitely includes making every possible effort to avert civil war. But implementing changes or resisting them will cost any way.