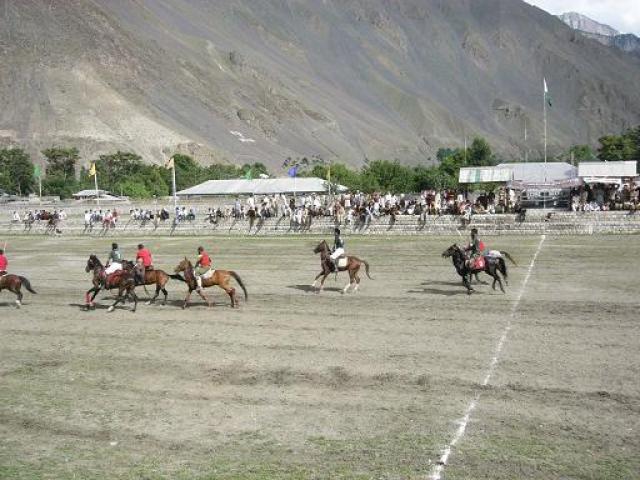 CHITRAL:  To complete preparation and select best teams for Annual Shunder polo tournament in July pre Shundor polo match kicked at Chitral. Chief Minister Polo Cup tournament was launched here in polo ground Chitral. District Coordination Officer (DCO) Chitral Rahmatullah Wazir organized the polo tournament in collaboration with district polo association. Polo teams from the entire district would be participate in this tournament and best teams would be selected for annual Shundur festival cum polo champion trophy where traditional rival polo teams of Gilgit and Chitral contesting the match at the most highest polo ground of the world. A large number of spectators and polo fond were present in the ground to enjoy these interesting matches. The most interesting scene was seen in the polo ground when a player fell down from the horse during Chitral Border police polo team and Gobor A polo team and the horse was running along with other horse without any player. Hence after a long time the horse was controlled by an other expert player and was again engaged in match. Besides domestic spectators some outsiders were also present in the ground to enthralled from Match of Kings (polo) as polo match is usually considering match of kings and king of matches.