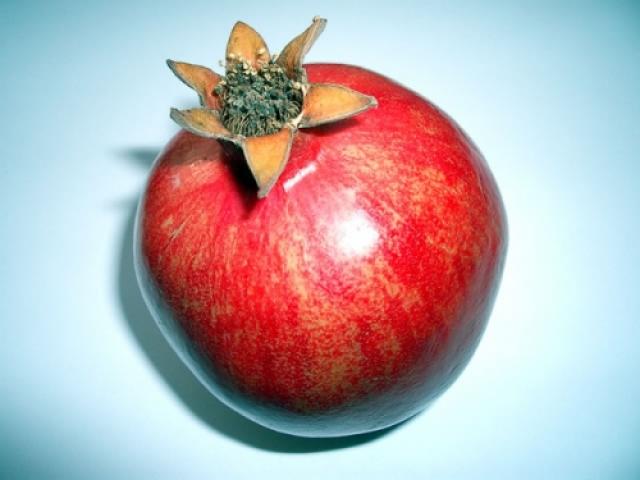 Medical researchers are piqued by the idea that the ancient pomegranate could be the newest superfood, offering treatment for many diseases and conditions that ail us.

Out of many research studies, one thing is certain. When it comes to antioxidant content, pomegranates rule. Antioxidants guard the body against premature aging, heart disease Alzheimer’s and cancer, among other diseases and conditions. Pomegranate juice has more antioxidants than blueberry, cranberry, and orange juices.  It contains three times the antioxidant properties of red wine or green tea.

Even without antioxidants, it’s still full of nutrition, providing 40 percent of an adult’s RDA (recommended daily allowance) of vitamin C. It’s a rich source also of folic acid and vitamins A and E.

Here’s where the antioxidant properties in pomegranates may work together to fight diseases and conditions:

Even before that announcement, the National Academy of Sciences learned that pomegranates can reduce blood vessel damage and also reverse the progression of atheroscleosis. How do they know? The human cell samples they tested showed less damage from stress. Pomegranates, they said, stimulated the production of nitric oxide, a chemical thought to help keep arteries open and keep blood flowing.

Cancer. It stands to reason that pomegranates would have some effect in fighting cancer because antioxidants are effective in neutralizing cancer-causing free radicals.  The fruit seems particularly promising in fighting breast and skin cancer. Also promising, it also slowed the growth of prostate cancer cells in mice injected with the human form of the disease.

Heart disease. The researchers say that one glass of pomegranate juice a day could improve blood flow to the heart by more than a third.

Osteorarthritis.  Scientists who treated samples of human cartilage damaged by osteoarthritis with pomegranate extract found that it slowed the production of the enzyme that caused the damage. It will take more research to determine if pomegranate extract will protect actual cartilage.

Other benefits. Pomegranates have been used for centuries in folk medicine to treat inflammation, sore throats, and rheumatism. And a mouse study from Washington University School of Medicine in St. Louis in June 2004 suggested that pregnant mothers who drank pomegranate juice could help their premature babies resist brain injuries caused by low oxygen and reduced blood flow.

Still, the medical establishment is hedging its recommendations for using pomegranates to treat disease. The American Heart Association warns against depending only on pomegranate’s healing properties. It recommends a diet high in several food sources of antioxidants and other heart-protecting nutrients, including a wide variety of fruits, vegetables, whole grains and nuts.